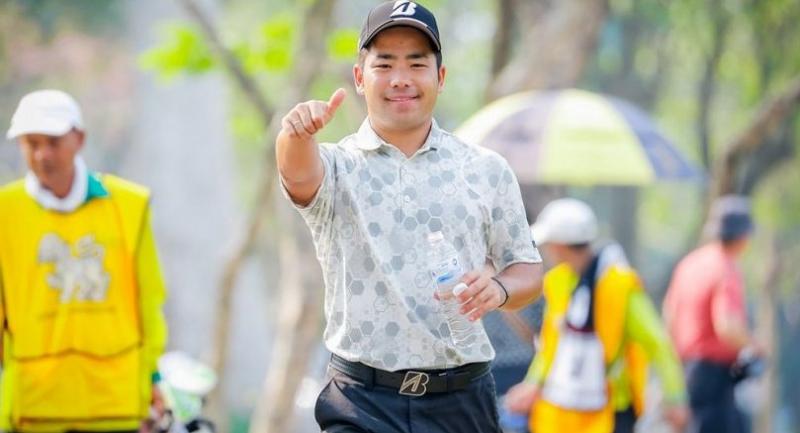 Lopburi - Unfancied Kazuki Higa of Japan carded an unblemished 66 to take a two-shot clubhouse lead during a rain-interrupted opening round of the Bt4 million Thongchai Jaidee Foundation at the 13th Military Circle Golf Course on Thursday.

The 23-year-old from Okinawa produced five successive birdies from the second to sixth holes and added one more on the 10th to take a command in the ADT-ATGT co-sanctioned competed on the course where former Thai no 2 Thongchai grew up developing his golf skills.

“It was like a miracle on the front nine,” said Higa, winner of the ADT event in Bangladesh last year.

“I was very lucky with my putting. But on the back nine it was quite tough on the greens. I didn’t follow the lie well.”

The Japanese youngster, who also won a Japan Challenge Tour in Akita and a local Kyushu Open last year, opted to play in Thailand as it is now the off-season at home.

“It’s quite hot here and the course is quite tough with the greens not in good condition. I will have to play carefully tomorrow and hope to shoot three or four under,” Higa added.

Two strokes behind were Thai duo of three-time Asian Tour winner Chinnarat Phadungsil and one-time All Thailand Golf Tour winner Natthapong Niyomchon, who each carded a 66. Thirty-year-old Chinnarat, with six birdies against two bogeys, said he had to remain extra patient on this course, which was originally built for army officers but is now being used for an international event for the first time.

“The course is a perfect place to test your patience. You cannot be greedy or  get fuzzy as  you can lose a lot of strokes in one hole,” said the man from Chanthaburi, who is aiming to win an ADT title this year and break a four-year drought, Natthapong, also 30, said: “The course is not long but it has narrow fairways. You have to keep hitting the fairways to stay in good position.”

Play ended early due to a brief thunderstorm so the first round will resume on Friday morning.