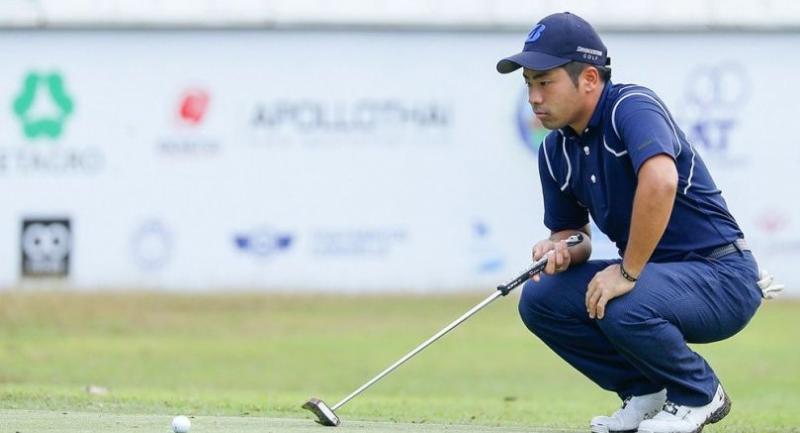 Lopburi - Kazuki Higa of Japan retained his lead at the halfway stage of the Bt 4 million Thongchai Jaidee Foundation, carding a 67 for a one-shot lead at the 13th Military Circle Golf Course on Friday.

The diminutive Japanese golfer – he is all of 1.58 metres (five feet two inches) tall - recovered from his first bogey of the week on the 11th hole to fire five birdies before ending with another bogey to finish on nine-under-par 131.

“It was a so-so round,” said the 23-year-old from Okinawa. “My shots were good but I was not happy with my putts. I made three putts on the 11th and two putts from the bunker on the ninth for those bogeys.”

The one-time Asian Development tour winner (the BTI Open in Bangladesh last year) hopes to hit 15-16 under over the next two days which he believes would guarantee him his second title on the ADT circuit.

“You have to play it safe on this course,” he cautioned. “The greens are tough. You have to make good tee and second shots to shoot good scores. South Korean Lee Soo-min, who shot six birdies against two bogeys for a second-round 66, is one shot behind on -8. The 25-year-old from Gangwon is looking for his second title after winning the Shenzhen International, his only European Tour victory, in 2016. Thai rookie Sadom Kaewkanjana emerged the best Thai contender after a 67 on Friday and a total of six under-par-134, which saw him rise to joint third, with his former teammate, the Thai-Japanese player Kosuke Hamamoto.

“I’ve achieved my goal of hitting under par every day,” said the 20-year-old Sadom, who only turned pro at the end of last year. “As long as you hit the fairways and the greens, you can set yourself in a good position.”

While several players have had problems on the military-owned course, Sadom said the narrow layout suited his game.

“I like narrow courses but I’m not thinking about winning yet as we’re still only at the halfway stage,” he said.

“My plan for the weekends is to keep hitting the fairways and come up with some good second shots from there on.” A total of 57 players have made it to the weekend rounds. The cut-off was at two over par 142.