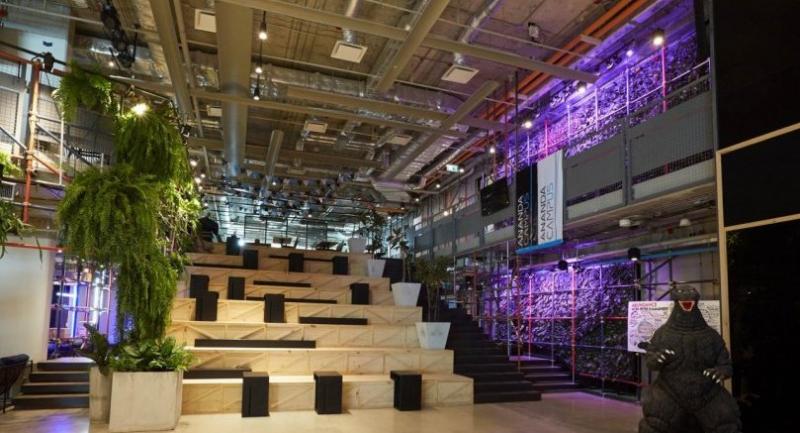 INTERNATIONAL co-working space firms are expanding their investment by opening up new spaces in Thailand, citing the strong demand from all types of entrepreneurs who need a place to share their ideas and its preference for a new business model that includes co-working spaces as part of the sharing economy.

Meanwhile, other businesses are redesigning their offices as co-working places in the belief that creation of open spaces for all will stimulate new ideas, and as a challenge to their staff to share ideas and work together. “My office design has changed to an open space where all in the department can communicate and have discussions that will challenge and improve cooperation between the staff,” Saowanee Jeeradechatham, associate head of corporate public relations of AP (Thailand) Plc, said. “It’s better than it was before, when the office was designed so that I had my own cubicle.

“The new layout and design opens space for us to see each other while we work, and it’s also easier to communicate together than with the old design. This helps us create new ideas and opens our minds to different ideas – and that improves my work.”

AP (Thailand) chief executive Anuphong Asavabhokhin was the driving force behind the office renovations. He believed that creating an environment based on co-working spaces would help staff to better communicate and collaborate. Anuphong saw it as a way to stimulate creativity in the workplace and to challenge AP’s staff to work together.

“We moved from the older office two years ago, to an office designed around collaborative space that was opened up for all staff to share their ideas. They can book a seat to work for the day when they need to work together. And I can change the seating when I book a space, so that it’s easier to work with the staff of other departments when we need to.”

Ananda in 2016 moved its two offices in Bang Na and Ratchadaphisek to the FYI Building. The new office is designed with a collaborate area known as “Ananda Campus”. This opens space for all parties to use to improve communication or to meet together.

CBRE research has tracked the rise in demand for co-working spaces within Asia, including in the Thailand market. The trend follows significant changes in work lifestyles.

The research found that the rapid growth of flexible spaces, which expanded by 57 per cent in 2017 in major Asia Pacific markets, is altering the structure of office leasing demands. In the first half of 2018 alone, 15 per cent of office leasing transactions in the region involved “agile spaces”.

While less than half of co-working operators in Asia Pacific are profitable, the larger and more established providers are performing well. Flexible space operators must ensure their business model is sustainable and can survive the next downward cycle, the research revealed.

Selected transactions involving buildings with flexible spaces in major business districts show they do not command a significant premium over similar properties without agile spaces. However, non-prime buildings with flexible spaces can achieve a capital value premium of around 5-10 per cent over similar properties without these spaces.

Meanwhile, a JLL research found that flexible workspace in Asia Pacific – including both serviced offices and co-working – surged 150 per cent from 2014 to 2017. The number of major, flexible workplace operators more than doubled in the Asia Pacific region during this period.

Yet as the concept of flexible space becomes more established, landlords and developers are set to become more active.

Landlords are already taking steps to bring their own flexible space offerings to the market. In Australia, local landlord Dexus has four centres and plans to expand further. Hong Kong real estate giant Swire not only set up its own co-working space called Blueprint, but has also signed a deal with WeWork as well as with The Great Room, a luxury co-working space operator.

Developers too are making their own play to benefit from the growing demand for flexible space.

For example, Lendlease’s Paya Lebar Quarter development in Singapore will dedicate up to 15 per cent of its office space to co-working while Capitaland is pursuing a similar strategy in China.

JLL research believed that although the flexible space market still accounts for less than four per cent of Grade A office space across key Asia Pacific markets, further growth was on the cards for 2018, and flexible space could grow to as much as 30 per cent of corporate portfolio by 2030. This parallels the demand in the market and a change in work lifestyles.

Co-working space operator JustCo also forecasts that Thailand’s co-working spaces will increase from the average one per cent of all spaces in 2017 to above five per cent in 2020. The company is among the firms planning to expand their co-working space investment in the Kingdom, the company’s founder and chief executive officer, Kong Wan Sing, said recently.

“New skills and business models are needed in the digital economy,” concludes Clausen, JLL’s associate director, Asia Pacific research. “And many governments are encouraging creativity, collaboration and entrepreneurship as they take a pro-active step to move away from relying on manufacturing and old industries to give their economies a boost.”