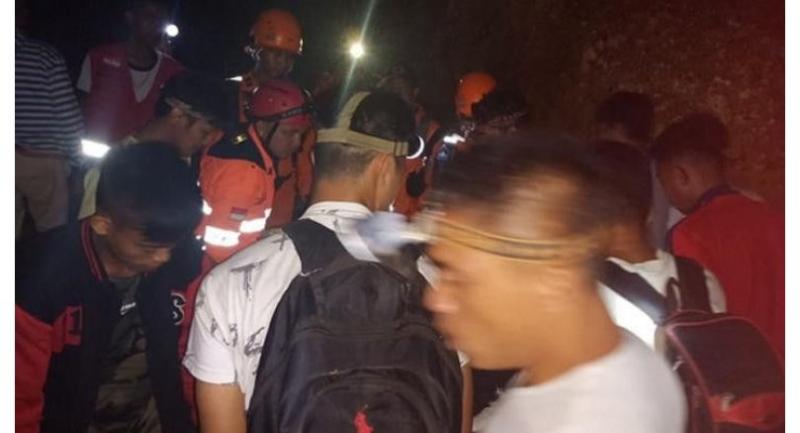 At least 60 miners are buried following a landslide at an unauthorized gold mine in Bolaang Mongondow regency, North Sulawesi on Feb. 26. (Via tempo.co/BNPB)

A landslide in an unauthorized gold mine in Bolaang Mongondow regency, North Sulawesi, on Tuesday night has buried at least 60 miners, the National Disaster Mitigation Agency (BNPB) said.

“As of 5 a.m. local time, 14 people have been evacuated with one dead and 13 injured,” Sutopo said in a statement on Wednesday.

He said recovery efforts were still ongoing as many of those buried were thought to still be alive.

He added that the Bolaang Mongondow BNPB was coordinating with the local police, military command,and search and rescue agency to recover the buried miners.