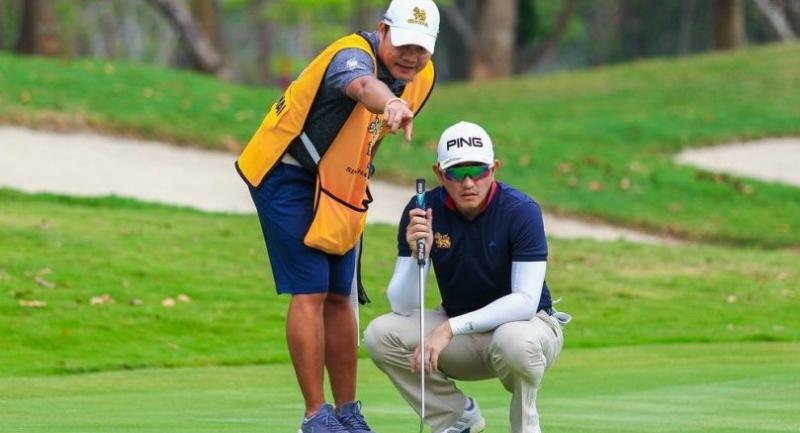 New dad Sattaya Supupramai shot an immaculate 67 to share the halfway lead along with veteran Udorn Duangdecha after the second round of the Bt5 million Singha Masters at Santiburi Country Club in Chiang Rai on Friday. “I had a good game plan, thanks to my caddie Prajak Kaoprathum for his advice,” said Sattaya looking for his first win on the All Thailand Golf Tour (ATGT).

“On firm greens like this you have to hit to an area where it is easier to putt rather than aim for the flag.”

The one-time Asian Development Tour winner admitted he has had to divide his time being a father with golf and had to learn to manage his training as effectively as possible.

“I can’t be as relaxed as I was in the past,” he said. “I have limited time for practice and have to go back to help change the nappies, prepare milk and feed the baby. I really miss him as he is still too young to come with me.” Sattaya will have to remain focused over the next two days if he wants to claim his first title since his ADT triumph in Malaysia five years ago.

He was the halfway leader at the King’s Cup, Pattaya, three years ago but came short in the end.

“With help from my caddie, who used to carry [the bags] for Kiradech [Aphibarnrat], I now feel relaxed,” he added. “He told me to play to my potential and not care how others do. So I have no expectations other than to hit my shots.”

Six players were in a tie for third on 137 each. Apart from the four ex-winners, the other two were Piya Sawangarunporn and Pavit Tangkamolprasert who shot a week-low of 63.

Tags:
Sky is the limit for new father Sattaya Sky is