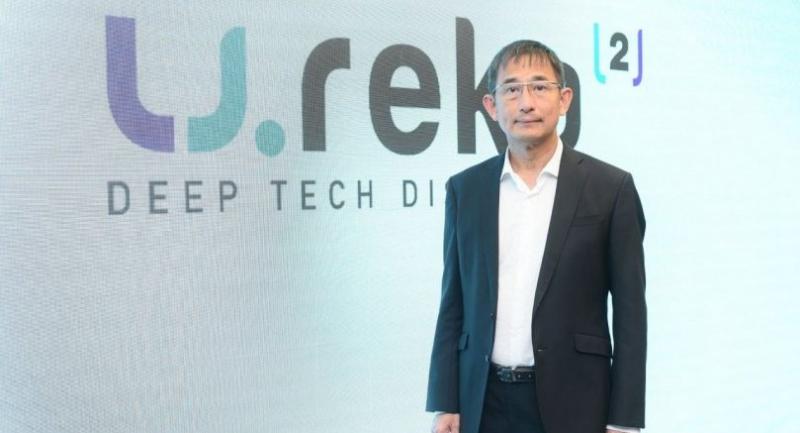 DIGITAL Ventures, the startup investment and development subsidiary of Siam Commercial Bank (SCB), plans to invest Bt55 million in so-called deep-tech startups over the next two years in an attempt to strengthen the deep-tech innovation ecosystem in Thailand.

This year, Digital Ventures will launch the second batch of U.REKA, a collaborative programme which offers opportunities for Thai researchers in deep-tech to create practical innovations for the private sector.

“In 2018, Digital Ventures, along with its partners in academia and the private sector, launched the first batch of U.REKA,” Orapong Thien-Ngern, SCB’s president and chairman of Digital Venture's board, said yesterday in a press conference.

Deep-tech - technological innovations that will disrupt traditional business models - will become the key to advancing Thailand's economy, he said.

“From 2018 to 2020, SCB has an investment budget of Bt55 million to fund key projects in the first and second batch of U.REKA,” Orapong told reporters.

Five startup teams from the first U.REKA batch have been selected to enter the research and development (R&D) stage.

“Of the total investment budget, Bt30 million will be invested in the first batch’s five finalists in the next two years, with each team receiving approximately Bt6 million to undergo their R&D stage,” Orapong said.

The five teams that have advanced to the R&D stage comprise:

Easy Price, an artificial intelligence-based system to raise the quality assessment standards for rice and other grains; Perception, a 3D software system to create virtual reality models; Pordeekum.AI, a chatbot named TuneJai (tune your mind), for mental health support; TinyEpicBains, a technology tool that uses video to link people to the online world while analysing consumer behaviour for effective advertising |and communication; and Qute, a research group in quantum computing.

Online applications for U.REKA's second batch are being taken until May 3. The in-depth interview stage of applicants will be from June 6 to 15.

The incubation process will be from June to September, with each remaining team to receive a Bt200,000 grant from SCB.

The R&D stage, from November, will last 6 to 24 months. At this stage, each of the teams will receive Bt3 million and Bt5 million in research funds from SCB and its partners. SCB will spend the remainder of the committed funds under its deep-tech startup investment budget on the finalists from the second batch.

SCB, by funding the startups, does not stand to benefit in revenue terms, Orapong said. Rather, the bank and the other stakeholders will benefit in the long-run from a strong deep-tech ecosystem in the country, he said.

Thailand ranks 39 out of 63 countries on digital competitiveness, according to the IMD World Competitiveness Analysis.

“At this rate, Thailand’s deep-tech innovation - in areas such as Big Data, machine learning, quantum computing, augmented reality, and blockchain - will fall further behind other countries such as China,” Orapong said.

Booncharoen Sirinaovakul, chief executive of the Knowledge Exchange for Innovation Centre, under King Mongkut’s University of Technology Thonburi, said: “The U.REKA platform will be able to connect the private sector with innovations in academia.”

“The platform will make sure that innovations in Thai universities do not just stay in research papers, but also create value for the economy.”