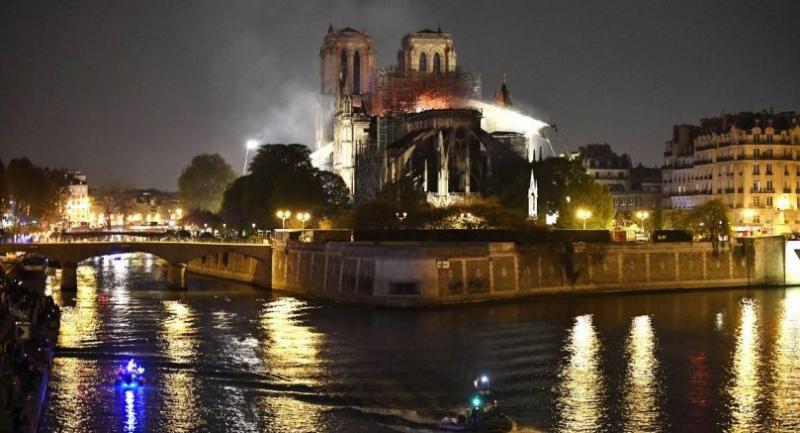 French firemen spray water to extinguish a fire as flames are burning the roof of the Notre-Dame Cathedral in Paris, France, 15 April 2019. A fire started in the late afternoon in one of the most visited monuments of the French capital.//EPA-EFE

The Thai Embassy in France has recommended that Thais avoid visiting Notre-Dame Cathedral in Paris and nearby areas after the cathedral suffered a massive fire on Monday evening Paris time.

In its Facebook page, the embassy also warned that travelling to Ile de la Cité, the island hosting the iconic historical 800-year-old cathedral, should also be avoided.

There are no early reports of Thais having been affected by the blaze at the Cathedral, whose central spire and much of the roof has collapsed.