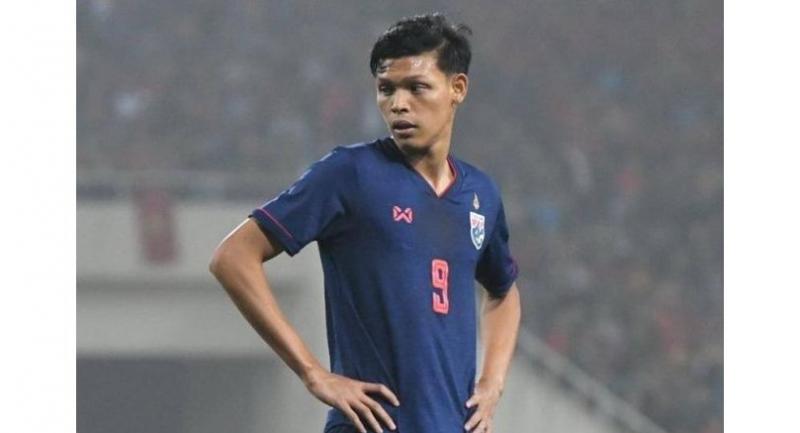 Star striker Supachai Jaided will be banned from two games during the AFC U23 Championship Finals next year in Thailand according to AFC.

The 20-year-old forward was sent off the pitch for punching a Vietnamese player during the group stage qualifying game with Vietnam in Hanoi on March 26.

According to the AFC statement, the Thai will be barred from two matches in the Finals due in between January 8-26 in Thailand. He will also be fined for US$1,000.