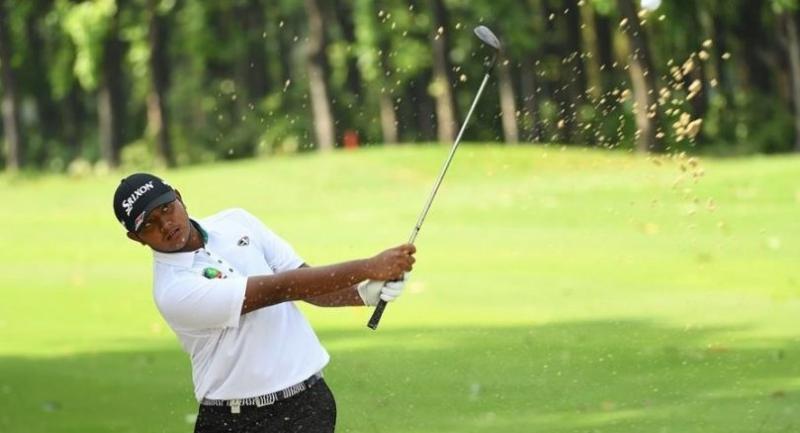 Penang, Malaysia -  Japan’s Naoki Sekito sizzled with an eight-under-par 64 to surge one shot clear of the field in the penultimate round of the PGM ADT Penang Championship on Friday.

Starting the round with a three-shot deficit, the 21-year-old Japanese underlined his intentions of a breakthrough on the Asian Development Tour (ADT) with his flawless round highlighted by eight birdies at the RM225,000 (approximately US$54,000) event.

He leads with a three-day total of 13-under-par 203 over American Sam Gillis (67) who trails by one shot in second place. Thailand’s Suttijet Kooratanapisan and American Trevor Simsby share the third spot with matching 67s.

Malaysian duo Amir Nazrin and Danny Chia both carded 66 to stay three shots off the pace in tied-fifth at the Bukit Jawi Golf Resort.

Sekito, who hails from Hiroshima, Japan, attributed his low round to a change he made in his putting grip that led him to navigate around the greens in 28 putts.

“I was putting very well today which was different from the last two rounds. After my game yesterday I decided to switch back to a normal grip, which I haven’t used in three years. But it worked out well today and I was rolling the ball better," said Sekito.

Relishing the opportunity to play in the final group in only his second ADT event this season, the young Japanese will have his eyes set on making his mark on the region’s secondary circuit.

“I won a state event on my local circuit last month and I came into this week full of confidence. I am very excited for tomorrow and to play in the last group and I hope to get a first win on the ADT,” added Sekito, who enjoyed a joint runner-up result last month in Malaysia.

Starting from hole 10, Amir stayed bogey-free in his opening 10 holes, notching birdies on holes 11, 13, 16 and 18 before dropping his first shot on hole two.

He bounced back with birdies on three, four and six before dropping another shot on hole eight, but would recover right after with a birdie on his final hole.

“My round was amazing. I worked on my putting after my round yesterday and it paid off because I was making a lot of putts today. I ended my round with a great birdie putt from 25 feet which was a nice way to finish.

“I like where I am right now on the leaderboard and I hope to continue the momentum and play my own game tomorrow,” added Amir, who is also chasing for a maiden ADT victory.