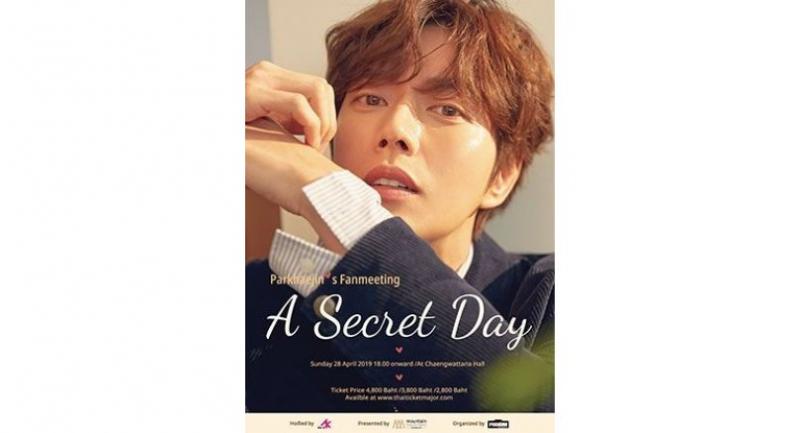 Actor Park HaeJin, star of this year’s romantic drama “Secret”, is back in Thailand for his “Fanmeeting A Secret Day” at Chaeng Wattana Hall on the fifth floor of Central Chaeng Wattana this Sunday (April 28) at 6pm.

“Secret”, directed by Oh Jong Rok of “Piano” and “Style” fame, is a new drama about people with realistic desires, each of whom harbours emotional scars from their own unhappy memories, who gather in a special space called the “forest.” Their scars slowly begin to heal as they discover the true meaning of happiness and learn to love themselves and others.

Park HaeJin plays Kang San Hyuk, a special rescue task force member who is blessed with looks, sharp instincts, and a brilliant mind, but who has lost his memories of childhood.