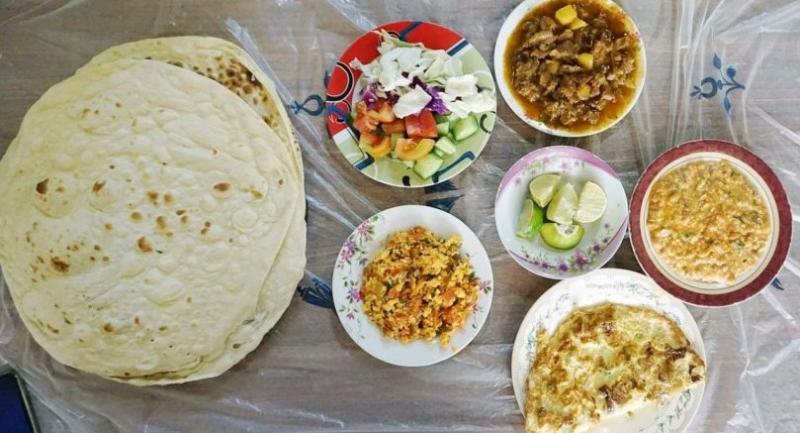 Big portion: Breakfast in the Haji Café. (JP/Dewanti A. Wardhani)

The Religious Affairs Ministry has collaborated with several local chefs to train cooks in Saudi Arabia who will serve haj pilgrims later this year.

“We have recruited chefs from the NHI Bandung Institute of Tourism in West Java to train cooks in Saudi Arabia who will serve meals for Indonesian haj pilgrims,” Arsyad said on Sunday as quoted by Antara.

“The chefs will train cooks in three regions across the country: Mecca, Madinah and Masyair,” he added.

He went on to say that the training sessions would provide the requisite cooking utensils and food rations, in addition to support from assistant chefs.

Determining food rations was particularly vital as the cooks would have to prepare a large number of meals during the pilgrimage, according to Arsyad.

He said the PPIH would consult with nutrition experts to properly arrange the catering menu for haj pilgrims.

“Advice from nutrition experts is essential as we have to ensure that the meals contain just the right amount of carbohydrates, protein and water to keep the pilgrims healthy during physical activities,” Arsyad said.