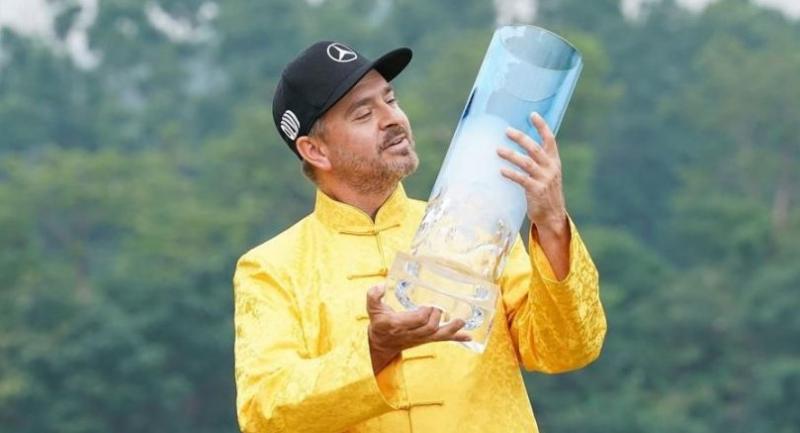 Shenzhen - Finland’s Mikko Korhonen ensured his first play-off duel would end in victory when he drained an eight-foot birdie putt on the first playoff hole to defeat Frenchman Benjamin Hebert and win the Volvo China Open on Sunday.

Together with Spain’s Jorge Campillo, the Finn began his final round at the Genzon Golf Club three shots back of Hebert in a share of second place with the Spaniard.

The trio were tussling for the lead for much of the day and were all tied at 19-under-par when they approached the 17th tee.

Korhonen gained an advantage with his birdie after Campillo and Hebert both made par there.

Hebert, who started the day with a three-shot lead over his two playing partners, however forced the contest into extra-time when he converted his birdie chance on 18 for a final round three-under-par 69.

Campillo bowed out after signing for a 67, leaving Hebert and Korhonen to head back to the 18th tee after they both finished regulation play with their four-day total of 20-under-par 268.

The Finn would then make no mistake with his birdie putt from 10 feet to win the Volvo China Open.

Li Haotong had a birdie-birdie finish to thank for lifting him to outright fourth place and also emerging as the best Chinese player at their National Open.

Thailand’s Jazz Janewattananond and Philippines’ Miguel Tabuena were among the 10 players tied for 19th place after they both signed off with matching 70s.

It’s an amazing feeling. I don’t know how I did it. But it’s probably the putter that was my winning formula this week. I made lots of putts from outside 15-20 feet this week. I made a birdie on 17 and gave myself a chance to win it on 18 but I didn’t manage to do that. But I was happy to get into the play-off. It was my first time in a play-off and I had nothing to lose. I just had to make birdie. Winning a golf tournament is never easy. It was a battle all day as everyone was making putts and I had to stay patient and do the same.  It’s great to have this second win in the bag and I’m delighted.