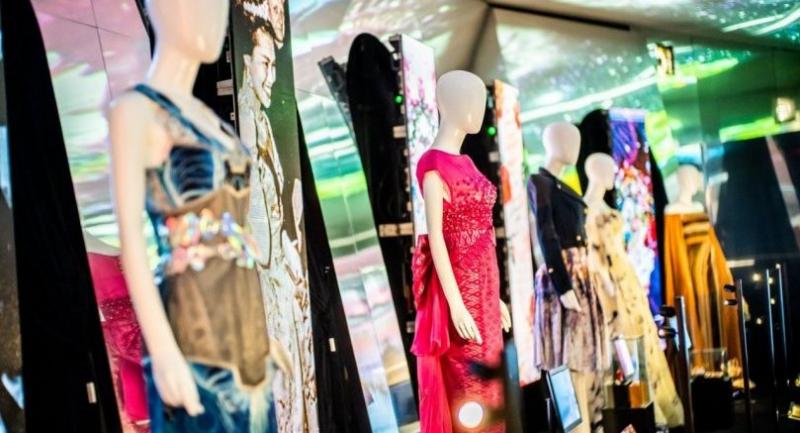 Central Phuket, which bills itself as the “new destination at the heart of Phuket”, celebrates “The New World of Luxury” with the launch of world-class luxury brands.

In addition, the exhibition, “Universe of Sirivannavari: The First View From Paris to Phuket”, for which Her Royal Highness Princess Sirivannavari Nariratana has granting her permission, is taking place at Central Phuket Floresta until May 26.

Wallaya Chirathivat, deputy chief executive, said: “Central Phuket has as its concept ‘The Magnitude of Luxury & Leisure Resort Shopping Destination’ in the form of a ‘Beach Lifestyle’, which perfectly matches Phuket position as the Pearl of the Andaman. Central Phuket will gather together the ultimate in luxury, equivalent to that available at Central Embassy. Our aim is for Central Phuket to become a shopping destination where the world of fashion culture meets lifestyle in order to meet the needs of high-end customers, with products and services that offer a ‘priceless experience’.”

The design of Central Phuket combines literature with modern architecture and melds both abundant nature and the charm of Phuket. There are various photo attractions within the shopping centre such as the Cocoon – a curved ceiling inspired by fishing craft as well as outstanding Sino-Portuguese architecture. “The Great Epic” is a two-storey sculpture from the Ramayana simulating the battle between Rama and Ravana, and “The Enchanted Garden”, a simulation of Dawadueng (second heaven where Indra dwells), was designed with the help of Thai artist Korakot Arromdee. The Rakang (bell) in this installation was designed to be in proportion with the ancient style despite having a contemporary look.

“We offer an ‘All in One Place’ experience, where you can enjoy one whole day in one single place. We’ve introduced never-seen-before world-class attractions such as ‘Tribhum’ – the world’s first 3D walkthrough adventure theme park with a large feature called Silver Mountain (as high as a two-storey building) and many more special rides to highlight the fun. At Aquaria– Thailand’s largest capacity aquarium, visitors encounter more than 180 species of marine life and more than 15,000 species of fish from around the world, while ‘Tales of Thailand’, which replicates the Thai way of life and architecture in the four regions, is presented in contemporary style, with the highlight being the large replica floating market that reflects the Thai identity,” Wallaya added.