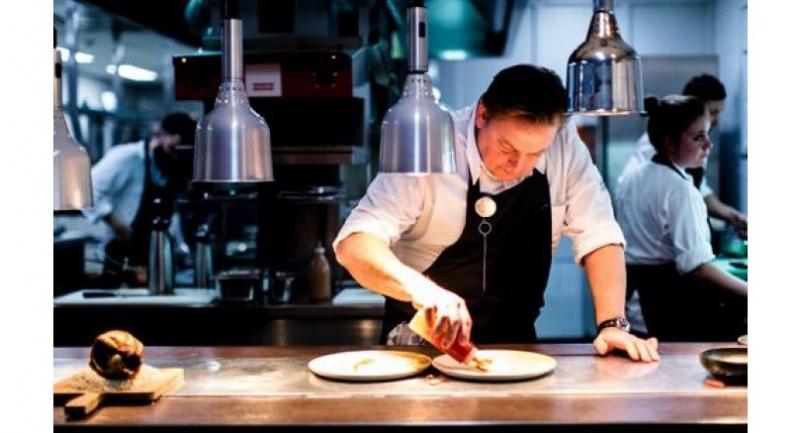 Chef Chris Naylor of the Michelin-starred Vermeer restaurant in Amsterdam is bringing his creativity to Anantara Siam Bangkok Hotel’s Madison steakhouse for two nights next month.

Originally from Bedford in England, Naylor trained with Albert Roux in London and Amsterdam. Under Robert Kranenborg, he headed the kitchens at Le Cirque and Vossius – each boasting one Michelin star – and La Rive, which holds two stars. For the past 10 years, Naylor has been the executive chef of Restaurant Vermeer at NH Collection Amsterdam Barbizon Palace.

He will treat Bangkok’s foodies to a five-course dinner over two nights on June 7 and 8. With a cooking style described variously as “creative”, “quirky”, “clean” and “pure”, Naylor pays great respect to seasonal produce and the land it comes from. He places the focus of his creations on the sensory experience. “My dishes may not be picture-perfect,” he says, “but the beauty of nature resides in the flavours.”

The five-course culinary journey at Madison will feature mackerel marinated in apple and ginger with red pepper and olive bouillon, a roasted and braised veal blade with pumpkin puree and horse-radish granola, a choice of mouthwatering desserts and much more.

On June 9, Sunday Brunch guests will get a chance to taste some of Naylor’s creations supported by live music and signatures from all cuisine, including luxury seafood, foie gras and a large pastry selection for Bt2,999-plus including a non-alcoholic beverages package.