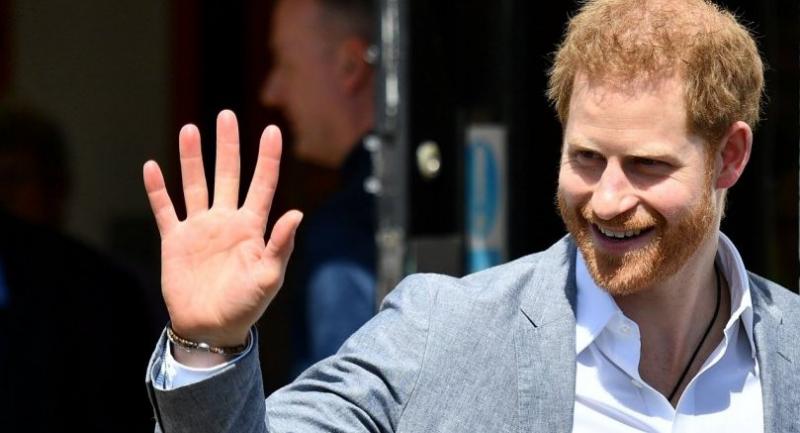 File photo: Britain's Prince Harry, Duke of Sussex waves to well-wishers as he leaves the OXSRAD Disability Sports and Leisure Centre, in Oxford, southern England on May 14, 2019. // AFP PHOTO

Britain's Prince Harry has accepted "substantial" damages and an apology from a paparazzi agency that took photos of his home from a helicopter, Buckingham Palace announced on Thursday.

The Duke of Sussex sued Splash News over the January incident, arguing it had breached his privacy and data rights under British law and the European Convention on Human Rights.

The agency, which syndicates photos and videos for media outlets, chartered the helicopter on January 9 to fly over the prince's private home near Oxford in the Cotswolds region, according to court testimony.

"The helicopter flew over the home at a low altitude allowing Splash to take photographs of and into the living area and dining area of the home and directly into the bedroom," the prince's solicitor told the High Court in London.

The Times newspaper, and a number of other online media outlets, published the images two days later, the lawyer from the firm Harbottle and Lewis said.

"The syndication and publication of the photographs very seriously undermined the safety and security of The Duke and the home to the extent that they are no longer able to live at the property," the solicitor added.

Harry and his wife Meghan, who gave birth to the couple's first child earlier this month, had reportedly signed a two-year rental lease on the property.

The firm told the court they had chosen the property because of "the high level of privacy it afforded given its position in a secluded area".

Harbottle and Lewis said in its court statement that Splash had agreed to stop "selling, issuing, publishing or making available" the photos.

It had also vowed not to "repeat its conduct by using any aerial means to take photographs or film footage of the Duke's private home which would infringe privacy or data rights," the firm said

In a statement, Buckingham Palace said: "The Duke of Sussex acknowledges and welcomes the formal apology."