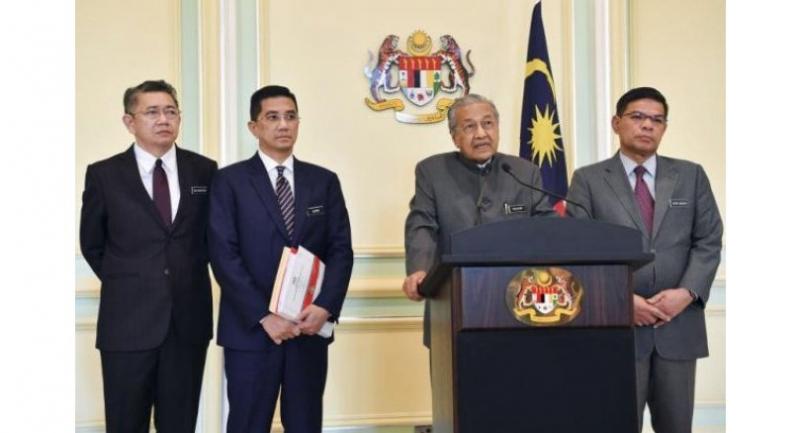 PUTRAJAYA: Tun Dr Mahathir Mohamad has denied knowledge of the spread of a sex video and several lewd photos, purportedly of a Cabinet minister.

“I do not know anything. I have just heard, I would have to read up on it.

“If you are willing to do a briefing for me, that would be good,” said the prime minister, replying to a question by a reporter.

He was speaking at a press conference after chairing the Economic Action Council (EAC) meeting at his office here.

The video and photos where two men - including one that resembles a Cabinet minister - appeared to be engaging in sexual acts, were spread via Whatsapp early Monday (June 10) morning.