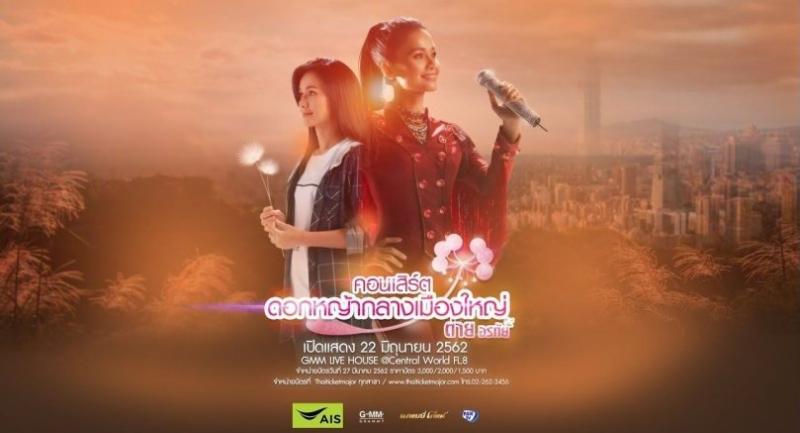 The singer, who has been on Thailand’s music scene for more than 16 years, has produced a series of hits including “Dokya Nai Papoon”, “Kin Khao Rue Yang”, and “Yoo Nai Jai Samer”.

Tickets cost from Bt1,500 to Bt5000 for VIPs, the latter also getting a hooded sweater and an MP3 recording. The concert starts at 2 and tickets cost Bt1,000 at the door. A toast to love

Lyricists Nitipong Honark and Boyd Kosiyabong will present their timeless songs in the upcoming concert, “The Lyrics of Love: Greatest Hits of Dee & Boyd” being staged at Royal Paragon Hall on July 13 and 14. Pedal to the metal

The show starts at 7pm and tickets costing from Bt800 to Bt1,200 are selling out fast at Thai Ticket Major. The winners, contestants and commentators from all seasons of “The Rapper” are getting together on July 27 at Royal Paragon Hall for the hip-hop extravaganza “The Rapper All-Star Concert”.

Tickets are available at Thai Ticket Major counters and online.