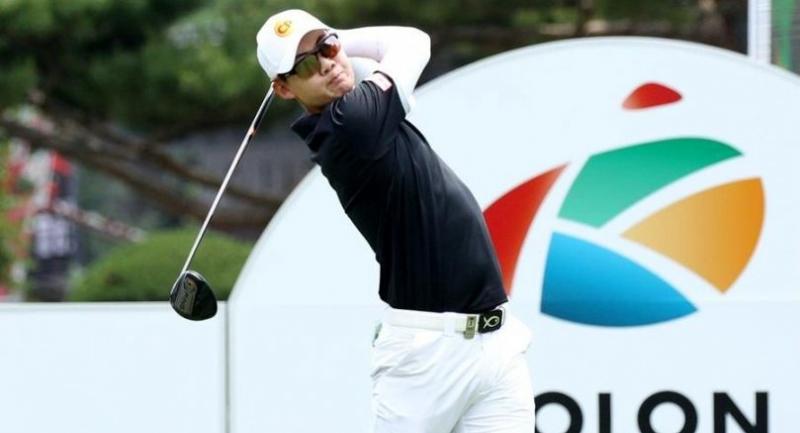 Cheonan, Korea  - Thai rising star Jazz Janewattananond put himself in prime position to secure a fourth Asian Tour title after carding a two-under-par 69 to grab a two-shot lead following the penultimate round of the Kolon Korea Open Golf Championship on Saturday.

The 23-year-old Jazz, who started the round one shot back, fired five birdies against three bogeys on a tough scoring day to move atop the leaderboard with a three-day total of seven-under-par 206 at the Woo Jeong Hills Country Club.

Songgyu Yoo emerged as the highest-placed Korean in second place after signing for a 69. His compatriots Dongkyu Jang (69) and overnight leader Innchoon Hwang (73) shared third place on matching 209s in their National Open.

American Berry Henson and Thailand’s Prom Meesawat surged into a share of fifth place with local duo Kyongjun Moon (70) and Soomin Lee (71) on 210, thanks to superb finishes on the 570-yard par-five 18th hole.

Despite stumbling with an outward four-over-par 40, Korean American Kevin Na bounced back with four birdies on his way home, including three straight ones from the 10th hole. He would sign for a 71 to sit in ninth place with Thailand’s Phachara Khongwatmai (74) on 211.

The 62nd Kolon Korea Open Golf Championship, co-sanctioned by the Asian Tour and the Korea Golf Association (KGA), is part of The Open Qualifying Series for the third year in a row.

Two spots to The 148th Open at Royal Portrush will be awarded to the leading two players (not otherwise exempt) finishing in the top-eight and ties.