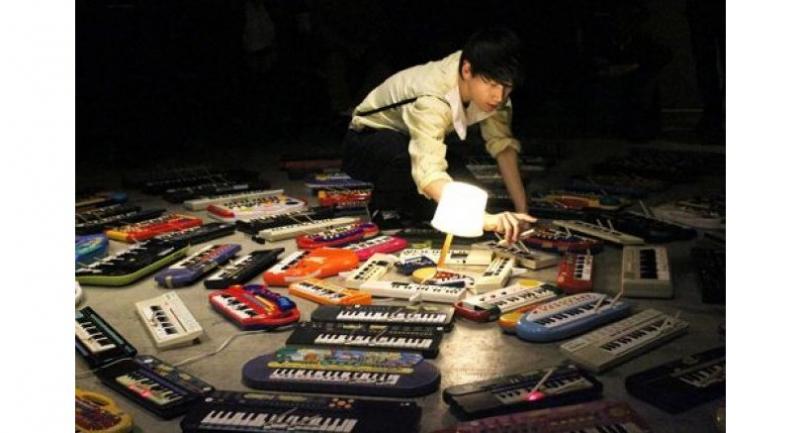 By Pawit Mahasarinand
SPECIAL TO THE NATION
Singapore

Even though 15 years have passed, my memory of watching Japanese theatre collective Dumb Type’s “Memorandum” at the Bangkok Playhouse, as part of the Southeast Asian tour supported by Japan Foundation, is still fresh. I remember how they pulled off this technologically demanding work at a time when video and stage technology was not as completely digital as it is now and how the human performers worked cohesively with the video images and were rarely upstaged by them. It was no surprise, then, when Southeast Asian performing arts critics attending the recent Asian Arts Media Roundtable (AAMR) in Singapore were given the choice between a new local play and “ST/LL”, a 2015 work by Dumb Type’s Shiro Takatani at the Singapore International Festival of Arts (Sifa), almost all of us chose the latter. We went to the Esplanade Theatre with high enthusiasm, also in part because the music composition team was led by Ryuichi Sakamoto, and we were not disappointed.

“ST/LL” was more contemplative, and less visually overwhelming, than what we have learned to expect from Dumb Type. That meditative pace, while risking boredom, was a delightful surprise and gave us more time to carefully look at each component of the stage visual meticulously crafted like paintings that came alive like dancers. It also afforded us plenty of time to feel and to think, a rare treat in our overly mediatised lives. With more careful and selective use of video technology, Takatani and his production team allowed us to see different dimensions of humans, objects, images, reflection and the relationship among them, and as a result feel more than we usually do in plays whose words sometimes restrict our imagination. A week earlier, at the festival’s hub Arts House, Sifa audiences had another special treat as sound artist Asuna presented his installation performance “100 Keyboards”. As the title suggests, 100 battery-operated keyboards, of various sizes and styles, were assembled in a large circle in the middle of the room where audience members could sit on the floor or on the chairs. Later on, the artist turned them on one by one and used a popsicle stick to help hold the keys down while encouraging us to walk around the room to hear how the sound differed from one corner to another, or when standing or sitting down, or even when putting our hands behind our ears.

It reached a point of sonic overload and I had to resort to the toilet, before the artist repeated the process, backwards, turning the keyboards off one by one until complete silence reigned and our loud applause rang out for his unique experimentation.

Putting them together in our mind, our experiences of both “ST/LL” and “100 Keyboards” also felt like media art installations, proving that when artists go beyond artistic genre boundaries, creativity is limitless. A large number, if not most, of international arts festivals around the world feature a wide variety of contemporary Japanese performances and audiences always look forward to experiencing them when and where they can. And with Tokyo as the host of the Olympics next year, we can anticipate plenty more.

The writer’s trips were supported by Arts-Equator and Sifa. Special thanks to Kathy Rowland, Denise Dolendo, Juliana Tan and Charmaine Lau for all assistance.