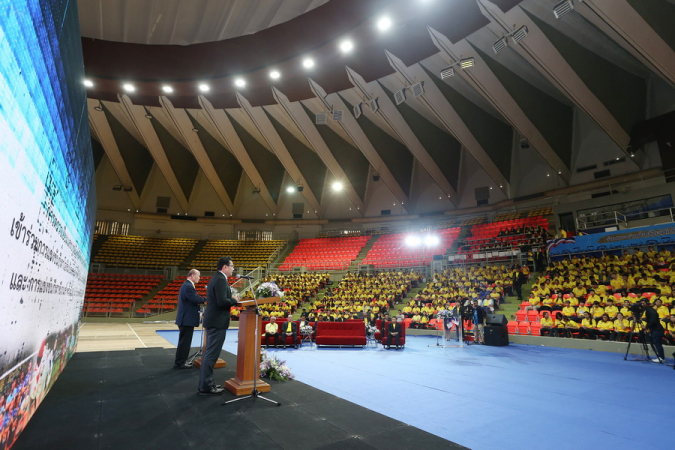 The Sports Authority of Thailand on Tuesday held its first ever orientation for those competing at the SEA Games in December and next year’s Olympics.

Athletes and officials were addressed by experts in various fields at the Hua Mark Indoor Stadium, providing advice on sports science, psychology, diet, prohibited substances as well as the various therapies they might need.

SAT governor Kongsak Yodmanee said as the governing body of Thai sport, it would provide full support to all associations in many other areas too, such as allocating training venues and equipment, as well as sending sports science specialists, psychologists and nutritionists to assist the athletes.

One thing Kongsak opted not to do, however, was set medal targets for the SEA Games, which will be held in the Philippines, and the Tokyo 2020 Olympics, saying he wanted to avoid exerting undue pressure on the athletes.

“SAT will focus on standard sports and take into consideration the difficulty of each discipline for the assessment on sports development,” he said.