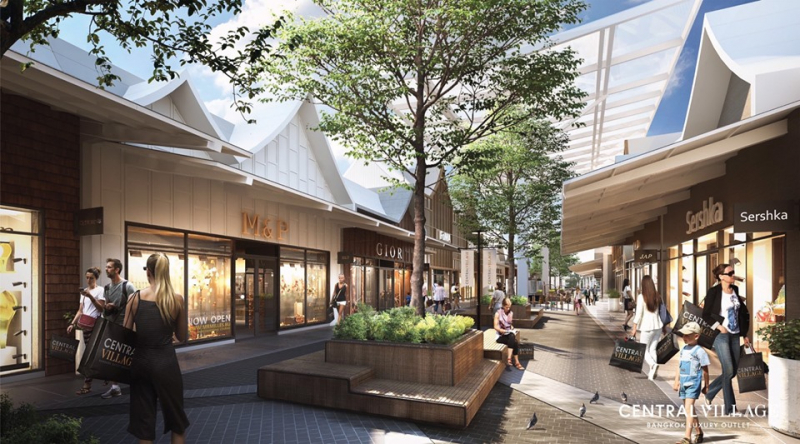 Responding to recent news regarding the construction area of Central Village “aerotropolis”, Central Pattana Plc (CPN) is protesting that it had carried out every procedure of the project in compliance with the regulations, according to the company’s statement released on Thursday.

CPN have followed the required protocol and submitted permission requests to all relevant government organisations, said the company’s statement. The construction permit was granted and meets the safety standard within the area of the Air Navigation Safety Zone.

Currently, there is no act of trespassing into any land under the authority of the government, the statement continued. CPN gives uncompromised attention to the safety and the sustainability of the environment and community development.

In addition, CPN have taken into consideration the opinions of the residents in Bang Chalong in Bang Phli district, including the nearby area, and received a very positive response in the collaboration to develop the community near Suvarnabhumi Airport. CPN’s statement said they would like to clarify certain issues which they saw as misinterpreted. Central Village was granted a legal construction permit from the relevant government organisation, said the clarification. For each architectural structure in the project, the area comprised no more than 2,000 square metres and the height did not exceed 23 metres. All structures were located within the area of the land that CPN legally acquired from the private sector. Although the project is near Suvarnabhumi Airport, it is not situated on and does not trespass into any area of Suvarnabhumi Airport and/or any plot of land that belongs to any government organisation, the statement said.

Central Village was authorised for construction in the area of the Air Navigation Safety Zone near Suvarnabhumi Airport by the Civil Aviation Authority of Thailand, the statement continued. CPN believes that a proper course of action will be taken towards a fair and justified competition to promote Central Village, in good intention, as Thailand’s first “international luxury outlet”, with a unique Thai sensibility.

The statement added that the developer sees the Central Village as an aerotropolis that contributes to the prosperity of the tourism experience, the Thai economy, local community development and employment, as well as enriches the quality of life of residents nearby Suvarnabhumi Airport.