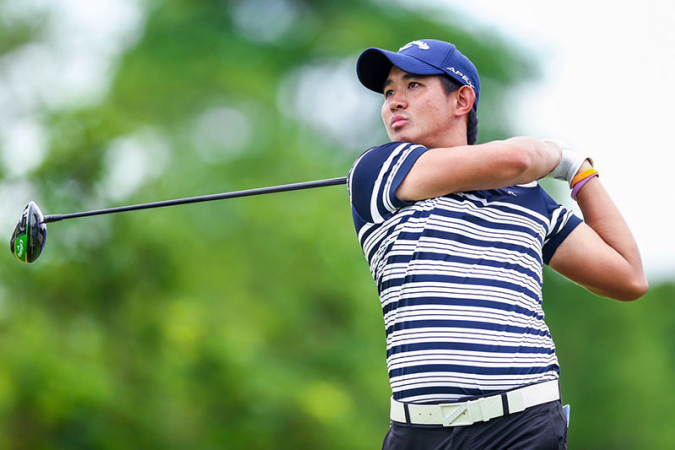 Incessant rain has forced organisers to reduce the Singha All Thailand Memorial to only 54 holes. Two-time All Thailand Golf Tour winner Pavit Tangkamolprasert and amateur Tanapat Pichaikool shared the clubhouse lead at nine-under on Saturday.

Rain interrupted play again at the Chatrium Golf Resort Soi Dao in Chanthaburi province with the second round being extended to Saturday afternoon. The third round was completed afterwards but had to be stopped due to a lightning storm.

Ten players have yet to start the third round, including the two clubhouse leaders.

Pavit, winner of the 2014 Singha Open and 2018 Betagro Championship, shot seven straight birdies (from holes 6-12) for the first time in his career for a second-round 64 and a total nine-under-par 133.

“Actually, the course suits my game although it’s pretty wet out there,” said Pavit, winner of the 2017 Macau Open, his only Asian Tour victory to date. “I’m a bit disappointed that I was unable to start the third round, as I was playing so well in the morning [second round].

“But the weather conditions are beyond my control. I have to live with it. Tomorrow, I will have to be patient. Everybody has an equal chance to win. It depends on who makes the best putts,” the Thai said.

Tanapat, 20, from Bangkok, shot a 67 to share the lead. He is in the run to become the first amateur to win an All Thailand Golf Tour in three years.