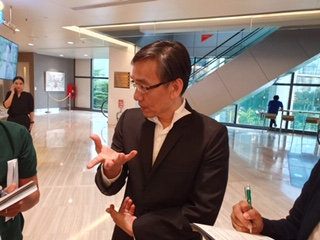 The Stock Market of Thailand (SET) index could reach 1,775 points by the end of the year thanks to positive impacts from the lowering of interest rates by central banks across the world and their dovish sentiments, predicts Kasikorn Securities, a component of the Kasikorn Bank.

“We expect Indonesia’s central bank to lower interest rates by the end of this month, making it the third central bank in Asean to do so in the past month after the Philippines and Malaysia,” said Passakorn Linmaneechote, deputy managing director of Kasikorn Securities, adding that the US Federal Reserve is likely to do the same at least once this year.

Passakorn expects the Bank of Thailand (BOT) to maintain interest rates at 1.75 all this year because, he reckons, the Monetary Policy Committee will focus on financial stability over stimulating the economy through monetary measures.

However, the committee’s statement after their next meeting in July could signal that BOT is willing to reduce its policy rate if the Thai currency continues strengthening and the economy continues slowing down at an alarming rate. He said this statement could also generate a positive reaction in the stock market.

With dovish sentiments voiced by central banks across the world, with some lowering their policy rates, bond prices will rise and yields will drop, leading to more capital flowing into stock markets, including the SET, Passakorn added.

The financial market expert expects the baht to stay strong at around Bt31 per US dollar all this year, and is advising the government to stimulate investment in rural areas and encourage private individual banking. He is also advising large companies in Thailand to invest overseas to lower the country’s current account surplus and subsequently weaken the baht.

“A strong baht has had an overall negative impact on the Thai economy, particularly since the electronics and agricultural sectors – Thailand’s key export industries – have been seeing lower profit margins and a drop in export figures since the beginning of this year,” Passakorn said.