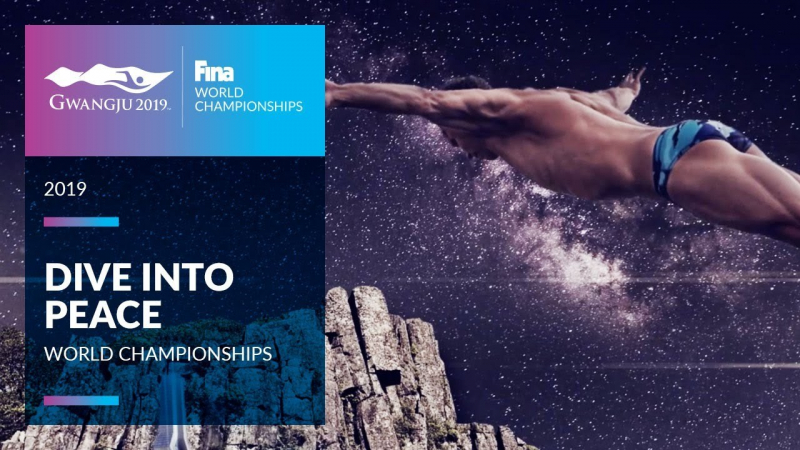 Photo by: The Korea Herald

World-class swimmers have arrived, tickets are almost sold out, safety precautions have been taken, and venues have been prepared as Gwangju puts the finishing touches on hosting the FINA World Championships 2019, which kicks off today (July 12) and runs through until July 28.

The entries for this year’s event closed last week with 2,639 athletes from 194 countries throwing in their hats to compete under the slogan “Dive into Peace”. They will be vying for 76 gold medals across six disciplines and 76 events.

The South Korean delegation is the largest-ever with 82 swimmers in 70 events and making their first-ever representation in the open water swimming and water polo competitions. Despite missing its biggest swimming star in history, Park Tae-hwan, the hopes of South Koreans are riding high on Kim Seo-yeong, regarded as the next big star in Korean swimming.

The host country will face a tough task in its quest to win its first medal since 2011, with world-class superstars like Katie Ledecky, Caeleb Dressel, Katinka Hosszu, Gary Hunt and Svetlana Kolesnichenko taking part. Park’s former rival Sun Yang of China will attempt to make history by becoming the first man to win four consecutive world championship titles in a single event.

One pack of swimmers that may miss the championships are the North Koreans, who have already missed the deadline for registration. As of yesterday morning, Pyongyang had yet to respond to calls by the South – including a personal invitation from Gwangju Mayor Lee Yong-sup -- to join the swimming competition.

Both the city and the organising committee for the world championship have agreed with FINA to leave the door open for the North Koreans until the very last minute.

The opening ceremony takes place today although a series of events held on Wednesday heralded the 17 days of festivities.

On Thursday, a K-pop concert was staged at May 18 Democracy Square, featuring Korean singers including Koyote, Mad Clown, Lee Hi, Dal Soobin, Kim Yon-ja and Winner. Other events were lined up at the square and across the Geumnam-ro area, the symbol of the country’s democracy and fighting ground for the pro-democracy protestors during the May 18 Gwangju Democratization Movement of 1980.

After part one of the concerts, a rehearsal for the “water-mixing” ceremony – which literally mixes water from all across the world – was held. The ceremony is expected to be the highlight of the opening ceremony.

Organizers said that they had sold 315,000 of 419,000 tickets as of Wednesday, with events like the opening ceremony, high diving and open water swimming all sold out. The remaining tickets will be sold at the venues, via the homepage of the event, and also at 20 train stations across the country including Seoul, Yongsan, Cheongnyangni, Suwon and Daejeon.

Providing a helping hand to the athletes and visitors for the event will be 3,126 volunteers. They will be aided by the free Wi-Fi that is available on all city buses in Gwangju.

More information about the event is available at the homepage of the 2019 FINA World Championships in Gwangju (https://www.gwangju2019.com) and is provided in Korean, English, Chinese, Japanese and French.