“The Hunchback of Notre Dame (Esmeralda)”

Ballet has always been an essential component of the Bangkok International Festival of Dance and Music, and this time it is bringing the critically acclaimed Russian powerhouse – the Kremlin Ballet – to stage three routines in October at the Thailand Cultural Centre.

The troupe will be performing “The Hunchback of Notre Dame (Esmeralda)” on October 15, “A Thousand and One Nights” on October 17 and the classic “Swan Lake” on October 19. All three performances are choreographed by artistic director Andrei Petrov and will bring the company’s three soloists sharply into focus.

Kremlin Ballet is one of Russia’s top ballet companies and an integral component of the creative achievements in Russian ballet. Set up in 1990 by Petrov at the Kremlin Palace – the largest and most prestigious theatre and concert hall – the troupe features some of Russia’s best ballet dancers like Vladimir Vasiliev, Yury Grigorovich, Ekaterina Maximova, Galina Ulanova, Marina Semyonova, Sofia Golovkina and Boris Pokrovsky. 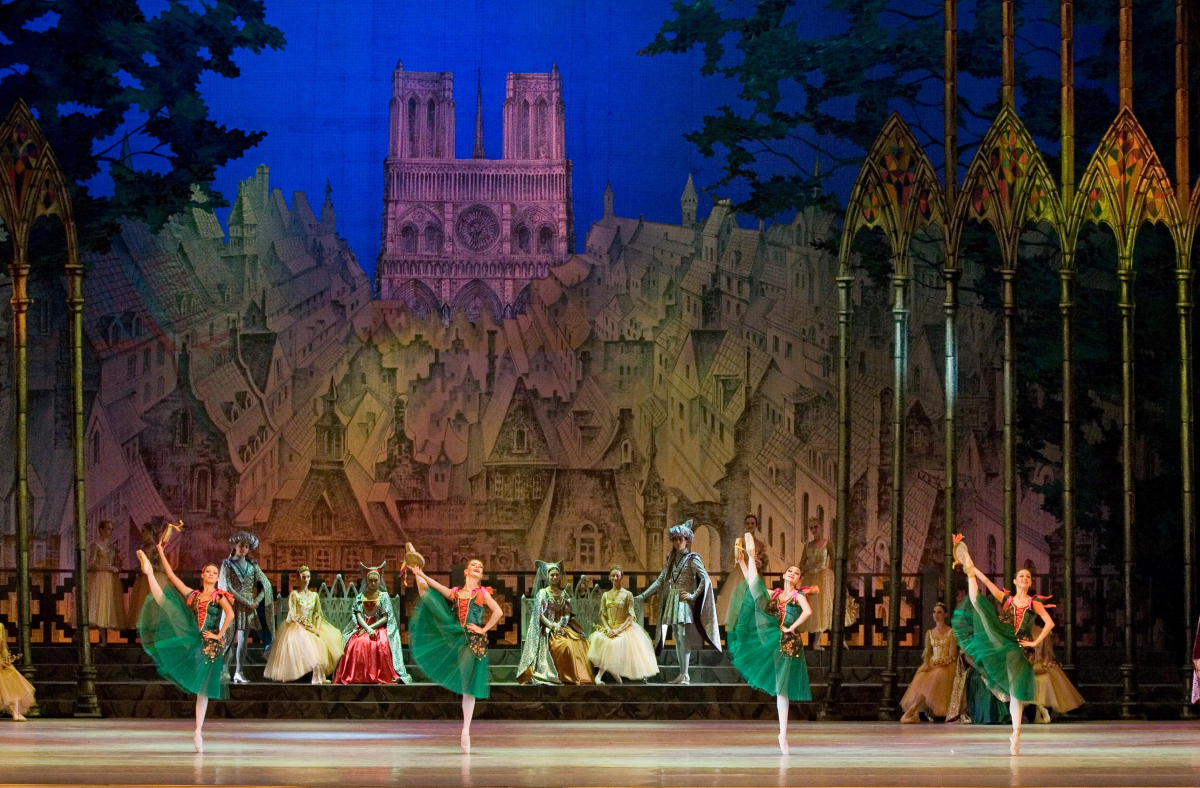 The first performance on October 15, based on Victor Hugo’s “The Hunchback of Notre Dame (Esmeralda)”, remains true to the original plot. The tale, which has been part of Russian ballet companies’ repertoire since 1848, is set in 15th century Paris and tells the story of three men from different walks of life – the hunchback church bell ringer Quasimodo, the evil priest Claude Frollo and the captain of the King’s archers Phoebus – all competing to win the heart of a beautiful gypsy woman Esmeralda.

As the story unfolds, Esmeralda is pursued by Frollo, betrayed by the man she loves, Phoebus, who marries another woman, and is adored by Quasimodo. The romantic story, set to the music of Cesare Pugni and Riccardo Drigo, is a tale of passion crossed with an action thriller where the plot twists and turns almost at will, having the audience at the edge of their seat.

On October 17, Bangkok will witness “A Thousand and One Nights”, based on an Arabian folktale. This classical ballet, set to the music of Fikret Amirov, and libretto by Maksud, Rustam Ibragimbekov and Nailia Nazirova, is a two-act performance with a backdrop of spectacular sets.

This exotic tale is about Shahryār, a Sasanian king, who on discovering his wife making love with a slave has them both killed and vows revenge by marrying a succession of virgins to only have them executed the following morning before they can dishonour him.

The minister, whose duty it is to provide the brides, finds there are no more virgins left in the kingdom so decides to offer his own daughter, Scheherazade. On the wedding night, Scheherazade starts telling a tale to the king, but decides not to reveal the conclusion. So, curious to know the ending, the king is forced to postpone her execution. The following night, Scheherazade completes the tale, but starts another one. Her constant cliffhangers ensures this continues for 1,001 nights, until his thirst for revenge subsides.

The Kremlin Ballet dancers weave their magic with consummate finesse helped with dramatic sets and costumes.

The last offering on October 19 is the eternal favourite “Swan Lake”. This lyrical masterpiece created by Tchaikovsky tells the story of ill-fated Prince Siegfried and the lovely swan princess Odette. As the lovers outline their destiny in dance, Odile and evil sorcerer add to the dark drama. The libretto for this piece was created by Vladimir Begichev and Vasily Geltser.

All three performances underline the mastery of the Kremlin Ballet troupe and underscore Russian ballet traditions at their best. Conducting the orchestra for all three shows is Evgeny Volynsky, who won the prestigious Golden Mask in Russia twice as best conductor.

Tags:
The Bangkok International Festival of Music and Dance Kremlin Ballet Swan Lake The Hunchback of Notre Dame A Thousand and One Nights