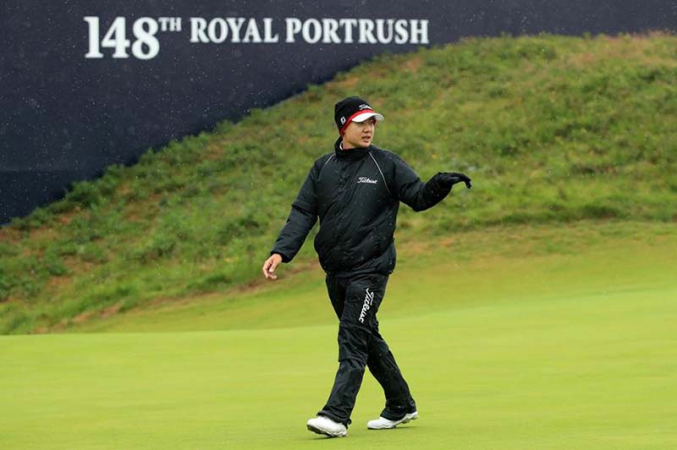 Portrush -  16 Asian Tour members are ready to hit their first tee shot and get their campaign started when The 148th Open gets underway at Royal Portrush on Thursday.

Thailand’s Kiradech Aphibarnrat will be the first to get things going for the Asian Tour as he tees off at 9.03am in the company of England’s Ian Poulter and Korea’s Sungjae Im.

Compatriot Prom Meesawat, who is making his return to the world’s oldest Major after an eight-year absence, will follow next when he steps up to the tee at 11.15am together with the English pair of Matthew Baldwin and Jack Senior.

American Kurt Kitayama and Australia’s Jake McLeod will tee off at 12.20pm with South Africa’s Erik Van Rooyen followed by South Africa’s Shaun Norris and Korea’s Dongkyu Jang as they go off at 12.31 pm together with New Zealand’s Ryan Fox.

In what is expected to be one of the most closely followed groups, Asia’s number one Shubhankar Sharma of India will start alongside world number one Brooks Koepka of the United States and 2010 champion Louis Oosthuizen at 1.04pm.

“Obviously there’s going to be a lot of people following us and hopefully more people back home in India will watch it too. It’s always going to be fun playing with the Major champions,” said Sharma.

Current Asian Tour Order of Merit leader Jazz Janewattananond of Thailand, who missed the cut in his Carnoustie debut last year, will have another chance to redeem himself when he goes off at 1.15pm together with Billy Horschel and Aaron Wise of the United States.

David Lipsky, the 2014 Asian Tour Order of Merit winner, will then tee off at 1.37pm together with Australia’s Cameron Smith and Canada’s Adam Hadwin while South Africa’s Justin Harding has the company of Scotland’s Paul Lawrie and American Chez Reavie at 1.48pm.

Francesco Molinari, who became the first Italian to win a Major when he won The Open at Carnoustie last year, will begin his defence alongside Bryson DeChambeau and Adam Scott at 9.58am.

“It would be incredible to be able to hold the Claret jug again on Sunday. But I'm well aware of the challenges ahead.

“There's a lot of guys capable this week of winning the trophy. And all I can do is do my best, try to put up a good defense and be in contention again on Sunday,” said the defending champion.