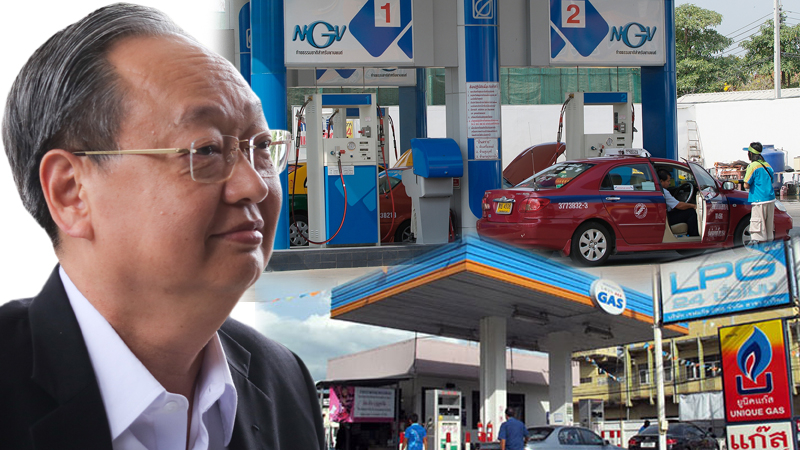 Energy minister Sontirat Sontijirawong has announced several energy policies regarding LPG and NGV prices, drought problems, and biodiesel promotion, along with hinting about a new mega plan to be unveiled next week.

After a meeting with his permanent secretary Kulit Sombatsiri and high-ranked executives, the new minister revealed that the Energy Ministry will focus primarily on what he sees as two pressing issues.

The second pressing issue is tackling drought problems, with each Provincial Energy Office being urged to survey affected areas and consider installation of solar-powered water pumps to provide aid to drought victims.

Next week the Energy Ministry will send their staff to the sites to follow up on the progress and monitor the drought situation closely at a local level.

As for the long-term plan, the Energy Ministry will continue promoting the use of B10 and B20 biodiesel among local agriculturists by coordinating with PTT and related agencies to roll out promotional measures.

“As the existing measure that keeps B20’s price lower than B7’s will expire on July 31, new measures will be considered and unveiled next week,” Sontirat said.

Sontirat also promised to unveil the ministry’s mega-plan next week after the government announces its policy direction to Parliament on July 25.

The new mega-plan will cover both short- and long-term projects with a focus on saving energy and helping low-income earners. It will also involve the Energy Conservation Promotion Fund, which was previously ordered to formulate action plans for large-scale projects.