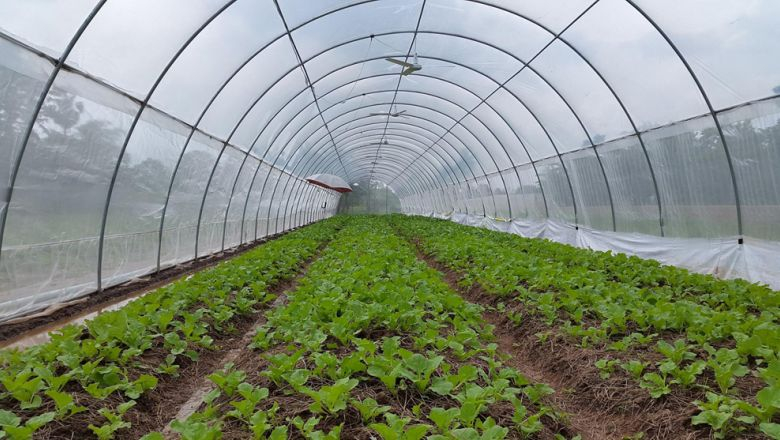 The Ministry of Agriculture, Forestry and Fisheries and the private sector has called on farmers to increase organic vegetable yields to meet demand from Phnom Penh’s supermarkets and restaurants.

The push was made during a visit last week by Gilbert F Houngbo, International Fund for Agricultural Development (Ifad) president, to Sa’ang district’s Svay Brateal commune in Kandal province – an area in which growers practice non-chemical and organic farming through an Ifad project.

Duong Kimchean – monitoring and evaluation consultant for the Agriculture Services Programme for Innovation, Resilience and Extension (Aspire) under the Kandal provincial Department of Agriculture – said organic vegetable supply is set to increase by some 20 per cent by the end of this year.

“[Organic vegetables] fetch high prices and are grown in net houses. Farmers can cultivate them throughout the year and they reduce production costs because they do not use chemicals,” Kimchean said.

He added that since the establishment of the Aspire project in 2014, membership has grown from 13 families to 50.

According to Kimchean, Sa’ang district has an area of 3,570ha, of which 1,443ha is agricultural land, on which vegetable crops are mostly grown.

“This amount is not yet sufficient to supply supermarkets such as AEON Mall, Lucky Supermarket and restaurants in Phnom Penh,” she said.

According to Sieng, Natural Agriculture Village will increase its purchases of organic vegetables to 20 tonnes by the end of this year and 100 tonnes by next year.

On Monday, the Ministry of Agriculture, Forestry and Fisheries launched a $100,000 Japanese-funded quality inspection and distribution centre in Kandal province.

The ministry’s secretary of state Hean Vannhorn said: “The centre is a necessity to boost the production of vegetables guaranteed to be safe – from planting, to harvesting, to packaging and selling on the market.”

The Kingdom is also estimated to import fruits and vegetables worth more than $300 million annually.