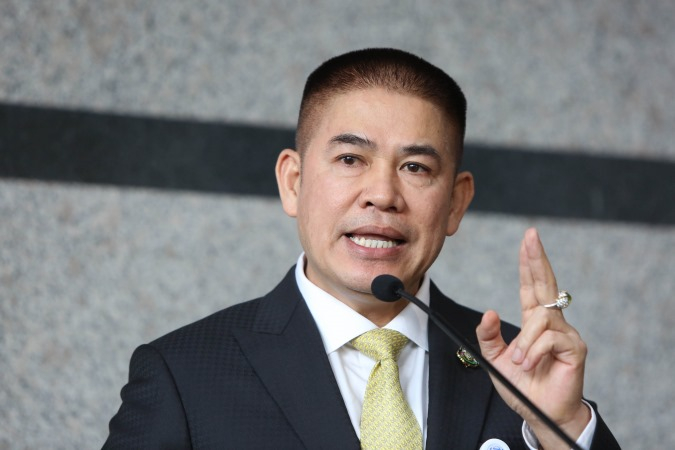 The Deputy Minister of Agriculture and Cooperatives, Capt Thammanat Prompao, will next week give policy guidance to four organisations in a bid to find ways to ease problems associated with the drought as well as promote greater productivity and income for farmers.

"We aim to provide maximum benefits to the farmers. Initially, many departments have already reported details of their work, including on an action plan to be conducted for next year," he said.

Thammanat will provide the policy guidance to the Department of Royal Rainmaking and Agricultural Aviation, the Agricultural Land Reform Office, the Marketing Organisation for Farmers, and the Land Development Department.

He said that the Land Development Department has recently reported on its plan for water resources development. Part of the plan is aimed at aligning with the government's policy focus on drought and flood alleviation as urgent issues to be tackled in its 2020 fiscal year. The department also asked for a budget to construct small water storage areas for farmers and the public to use during the dry season. Such small water storage areas will be handed over to people in local communities to manage.

“For the plan to raise the budget from Bt5 billion to Bt10 billion, this will be requested by the Land Development Department for use in the 2020 fiscal year. Part of these funds will be allocated to the scoping out of water storage areas, which are the small projects. For the department's underground water bank project, I personally would like the project to be conducted as a significant channel to keep water for the farmers. However, study should be made in advance to find out its good and bad points," said Thammanat.