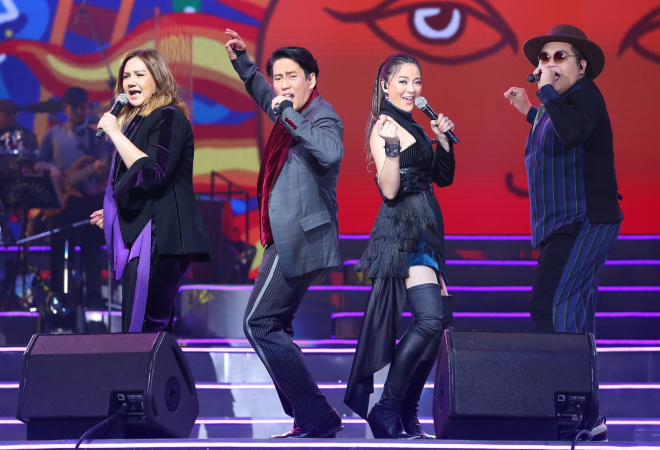 Thongchai "Bird" McIntyre, one of Thailand's most-loved pop superstars, came back onstage this year for his new concert series titled "Singing Bird", venturing away from his familiar brand that had been used for over three decades.

The first in the series -- Concert by Request -- was held for three rounds last weekend from August 2-4 at the Royal Paragon Hall, which was packed to its 5,000-seat capacity. The organisers, GMM Live, said the total audience for all the three rounds was "almost 20,000".

The selection of songs for this year's concert was based on popular votes from Bird's fans through social media channels. It was possibly an experimental shift away from his "Babb Bird Bird" (Bird-Styled) concerts, which were held 11 times from 1986 until last year (2018).

Bird's past concerts often featured a lot of guests who were famous singers, actors/actresses and celebrities, and even national volleyball players at last year's concert. Two rounds of the first concert 33 years ago attracted only 6,400 audience members, but the number jumped dramatically when the venue was moved from the 2,000-seat Thailand Cultural Centre to the 10,000-seat Impact Arena in Muang Thong Thani in 2008. That year saw a big jump in the total audience number to a record 120,000 from 12 rounds of the concert. The audience numbers were 100,000 from 10 rounds in 2012 and 70,000 from seven rounds last year -- both concerts also at Impact Arena.

Bird, who released his debut album in 1986, began his concert last Friday (August 2) night with a medley of seven ballads to warm up the audience. Then he performed "Khob Jai Jing Jing" (Thank You So Much), which he said was in the top five of fan votes. Music backup at the three-hour concert was provided by some 30 musicians forming a band and an orchestra, along with three chorus singers.

Bird, 60, was playful as usual, teasing and joking with his fans who comprised people from a wide range of age groups. The audience members sang along with their familiar songs and danced along to fun tunes. After a few more songs, the superstar was joined onstage by singer/songwriter Apiwat "Stamp" Eurthavornsuk, who played the guitar and sang with Bird the song "Namta" (Tears), which Stamp had composed for Thongchai's “Simply Bird” album released in 2007.

Stamp, who said he was a long-timed fan of Bird's, also sang his own hit, "Kwamkid" (Thought), and was rejoined by Bird after the latter took a short break. Next, Bird was joined by guest singers Sunita "Beau" Leetikul, Jaruwat “Dome” Cheawaram and Warisara "Miew" Apirakdecharchai. Together they sang Bird's songs "Tong Thot Dao" (Blame It on the Stars) and "Por Ja Mee Sit Mai" (Am I Qualified?).

The next phase seemed to be a highlight of the concert. Pianist/singer Saksit "Tor" Vejsupaporn joined Bird for the "Talk & Show" session, during which Tor played the piano while Bird sang. All eight of Bird's hit numbers performed during this period were requested by Tor. These included "Kon Mai Mee Fan" (Man with No Girlfriend), "Than Fai Kao" (Old Flame) and "Lao Su Kan Fang" (Tell Me How You Are). Another memorable part of the night was when Bird performed "Mue Noi" (Little Hands), a hit song by late singer and music-company executive Rewat "Ter" Buddhinan, who Bird called "father" for "giving him life" in the music industry.

Bird sang along with Rewat's video displayed on the main screen. Bird also sang "Baan Lang Noi" (Little Home), written by his Scottish father James McIntyre for his wife and Bird's mother Udom. Bird said his father died before his family with 10 children could afford to buy a home. In the final stage of the concert, Bird was rejoined by Beau, Dome and Miew for another of his hits "Maan Koi Dulae Lae Raksa Duangjai" (Always Take Care of Your Heart). Then, all the guests performed the finale, "Duai Rak Lae Phukphan" (With Love and Care), to send the audience off for the night.

It was a fun evening for many fans, who are already counting down to Bird's next concert. 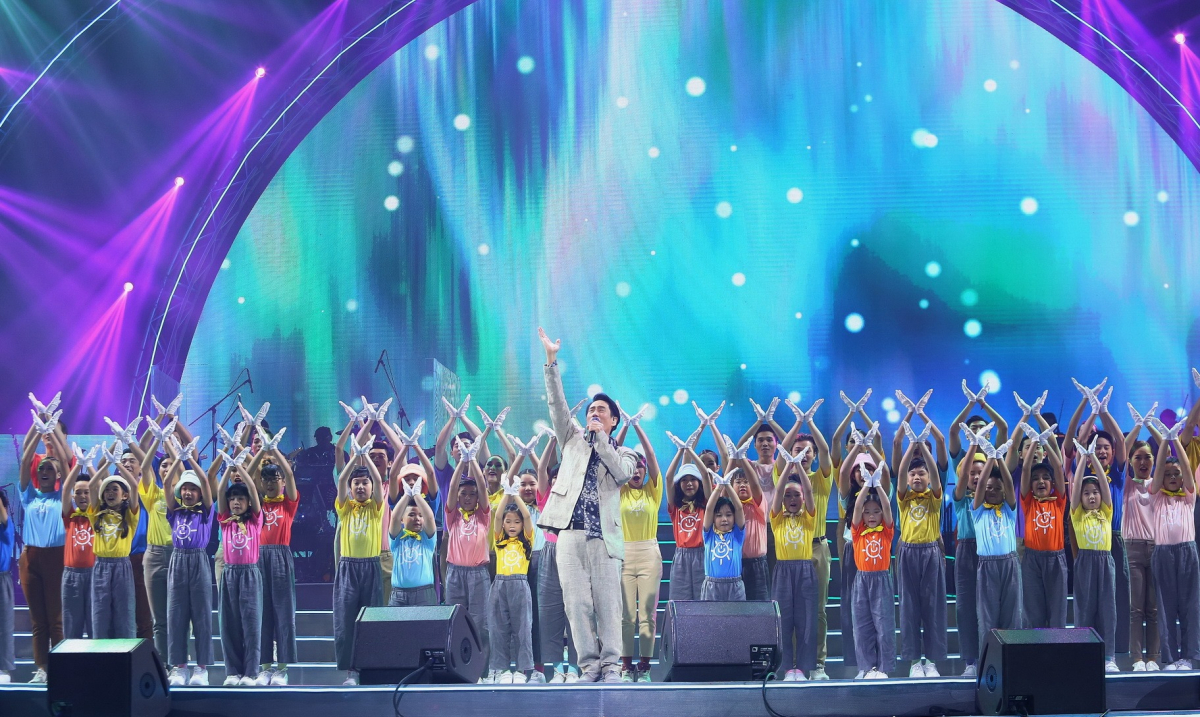