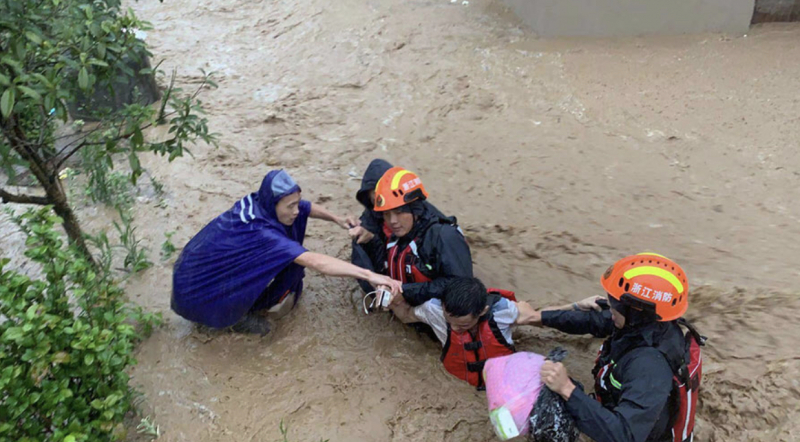 Typhoon Lekima, which made landfall in Zhejiang province on Saturday, leaving 32 people dead and 16 missing, is moving northward, local authorities said on Sunday.

Lekima has affected 6.51 million people, with nearly 1.5 million of them relocated to safer places in Shanghai and the provinces of Zhejiang, Jiangsu, Anhui, Shandong and Fujian as of 5 pm on Sunday, the Ministry of Emergency Management said. 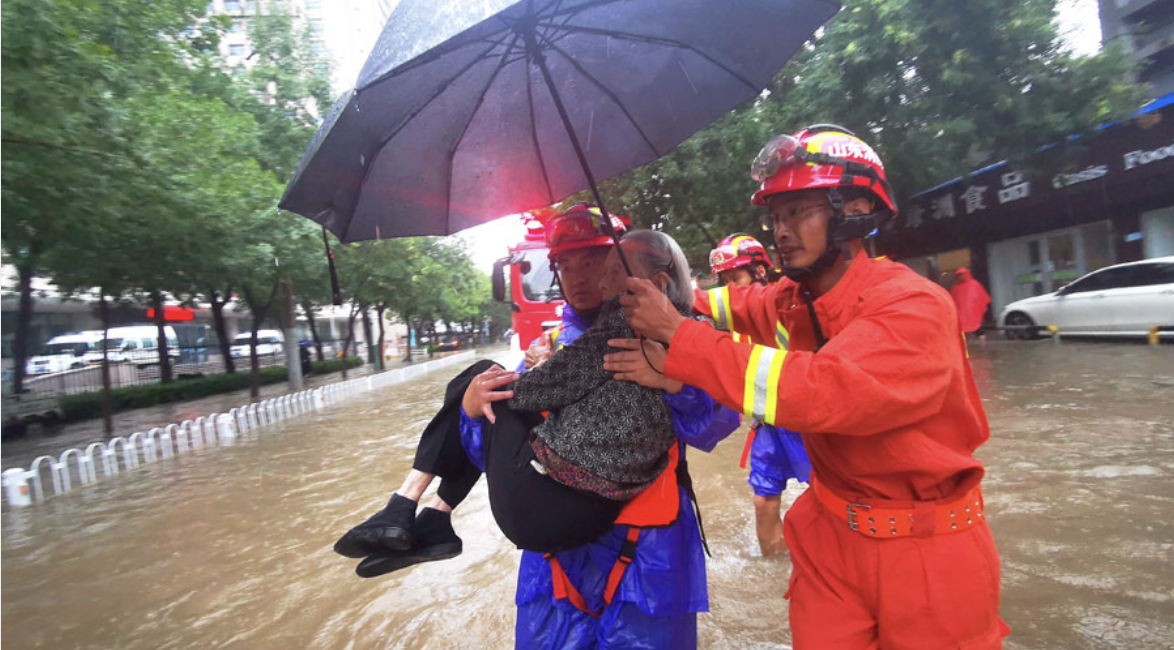 More than 30,000 firefighters in Zhejiang, Shanghai and Jiangsu have assisted in the rescue and relocation of 6,257 people in distress, the ministry said.

According to local authorities in Zhejiang, more than 5.35 million people in the province were affected, with 185,000 hectares of crops damaged. Economic losses are estimated at 15.75 billion yuan ($2.23 billion).

Most of the deaths occurred in Yongjia county, which is administered by Wenzhou, where torrential downpours caused a landslide that blocked a river to form a lake. When the barrier burst, floodwaters swept people away.

The Red Cross Society of China said on Sunday that it has launched an emergency response program for regions of eastern China hit by the typhoon.

The Chinese Red Cross Foundation has allocated 1 million yuan for the affected regions, the foundation said in a statement.

The money will go to relief programs, including family packages for at least 3,000 households, each of which will include living necessities for a three-member family for a week, the statement said.

Lekima, the strongest typhoon so far this year in the northwestern Pacific Ocean, rolled inland around 1:45 am on Saturday in Wenling, Zhejiang, packing winds of up to 187 kilometers per hour along with heavy rain, the National Meteorological Center said.

According to the center, it was the third-strongest typhoon to land in eastern China since 1949. The strongest was Wanda in 1956; the second-strongest was Saomai in 2006.

The center said that in the next three days Lekima will move northward and gradually weaken, but it will continue to bring powerful winds and heavy rain to northern and eastern China.

As of 10 am on Sunday, the Zhejiang provincial ocean forecasting and monitoring center had canceled its warnings for sea areas and said fishing boats could return to their business.

Operations at the airports and railway schedules within the Yangtze River Delta region returned to normal gradually on Sunday as the typhoon moved northward.

A gauge on the 125th floor of the Shanghai Tower, the world's second-tallest and China's tallest skyscraper, fluctuated 50 centimeters on Saturday as the building flexed in the storm. The gauge for the 632-meter-tall building in the Lujiazui Financial District can move a maximum of 2 meters during high winds, according to the information department of the building.

The Shanghai Disney Resort, which was closed on Saturday, resumed business on Sunday.He Lifu, a forecaster at the National Meteorological Center, said that over the next three days Lekima will continue to affect Shandong, Jiangsu, Anhui and Shanghai with strong winds and heavy rain.

The typhoon landed in Shandong around 8:50 pm on Sunday. It had been preceded by torrential rains. Precipitation in Weifang and Linyi was measured at 407 millimeters in places on Saturday.

Shouguang, a vegetable growing center in Shandong, was severely hit by the rain, with many greenhouses submerged on Sunday.

As Lekima moves north, Liaoning and Hebei provinces are expected to experience heavy rains on Monday. The storm will extend to Jilin province and the Inner Mongolia autonomous region on Tuesday, the center said.