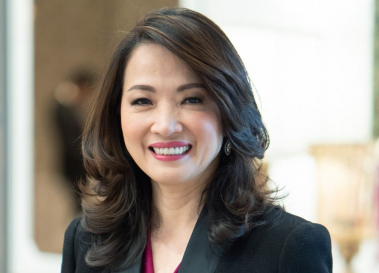 Leading provider of logistics, industrial estates, utilities & power and digital platforms, WHA Corporation (WHA Group) has reported its second quarter total revenue and profit sharing from investment in subsidiaries and joint ventures at Bt3.074 billion, an increase of 52 per cent year on year, and net income of Bt1.052 billion, a surge of 247 per cent year on year.

Jareeporn Jarukornsakul, chairman and Group CEO of WHA Group, said that the growth is due mainly to the company’s successful transfer of some 600 rai of land during the first half of 2019, which benefitted from the trade war and government support for the Eastern Economic Corridor to attract foreign investment into Thailand.

Meanwhile, the Company recorded higher revenue from the utilities business due to the rising sales of water and higher water demand from power plants.

As a result, the total revenue and profit sharing from investment in subsidiaries and joint ventures and net income of the first half stood at Bt6.877 billion and Bt1.459 billion, increases of 26 per cent and 35 per cent, respectively.

She added that business would continue to expand significantly in the second half of 2019, with customers waiting to sign new warehouse rental contracts for some 250,000 sqm.

WHA Group also revealed its investment in Vietnam through a joint venture with a Vietnamese partner through the acquisition of a 34-per-cent stake in the Duong River Surface Waterplant JSC (SDWTP), a water supplier in Hanoi. The plant has a current capacity of 54,750,000 cubic metres per year and ongoing construction will increase capacity to 109,500,000 cubic metres/year. The plant is expected to come into commercial operation in the second half of 2019.

The company is in negotiations with potential Vietnamese partners for industrial zone development, while in terms of its power business, it is expanding both domestically and internationally, with coverage including solar rooftop projects with a combined capacity of 14.5 MW.