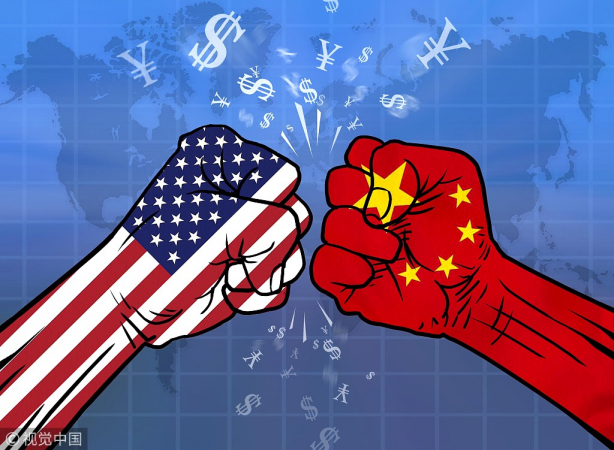 China will have to take necessary countermeasures in response to the United States government's proposal to slap an additional 10 percent tariff on $300 billion worth of Chinese goods, the State Council's Customs Tariff Commission said.

Washington's planned move seriously violates the consensuses reached between the two countries' top leaders in previous meetings, and deviates from the right track of resolving differences through consultations, the commission said in a statement on Thursday.

At the same time, the tariff proposal shows that Washington has turned a blind eye to the tremendous efforts made by both nations in advancing their economic and trade ties, Wang said at a recent seminar in Beijing.

The US announced the new tariff threat shortly after the 12th round of high-level trade talks in late July. If the plan takes effect, the US will put additional tariffs on basically all Chinese goods coming into the US.

On Tuesday, the Office of the US Trade Representative said it will delay 10 percent tariffs on certain Chinese products, including laptops and cellphones, until Dec 15.

Yang Weiyong, an economics professor at the University of International Business and Economics in Beijing, said the US tariff delay is more out of consideration for its own interests－creating sufficient time for its consumers and trading companies to look for substitute goods in other markets.

"Besides, the US did so because of concerns over the Christmas shopping season. The government intends to reduce the potential impact of tariffs on US holiday shopping," Yang said.

But the US plan to merely delay some tariffs by no means shows Washington's sincerity toward advancing future consultations, Yang said.

According to a Reuters analysis, the delay may encompass around half of the $300 billion list of remaining Chinese imports. Chinese imports subject to the tariffs as of Dec 15 totaled about $156 billion last year, Reuters said, citing US Census Bureau information.

Sun Lipeng, a research fellow with the China Institutes of Contemporary International Relations, said the US won't be immune to the effects of its own trade bullying behavior.

Washington's new tariff plan will further burden US consumers and dampen companies' confidence in investment, dragging down the US economy, Sun said.