Perspective of Tiger Lane/Photo by Sansiri

Listed property firm Sansiri is taking its first steps into the luxury home office segment in the prime Sueapa Road area and marketing it as the most desirable “dragon belly feng shui location”.

The “Tiger Lane” luxury home office is in classic Sino-Portuguese style and the project, costing a total of more than Bt500 million with a starting price of Bt38 million, has been designed on the concept “A Living Treasure”, with only five families privileged enough to own properties on this last piece of freehold land in the area. The company is targeting the new generation of Thai-Chinese entrepreneurs who are looking to expand their businesses in the Sueapa-Yaowarat area – one of Thailand's most important trade and business centres.

The pre-sale period is set for August 31- September 1 at the Tiger Lane project sales gallery.

Executive vice-president of Condominium Project Development and Strategic Project Management Piti Jarukamjorn, said a market survey in the Sueapa area showed that residential quarters with trade and business potential still represent an important market and some of the highest demand in Bangkok. This is because the area has been an important cultural and trading centre for the past 200 years.

Freehold land in the Sueapa and Yaowaraj areas is rare and increasingly harder to find. This fact is supported by the expansion of the mass transit system into the area, namely the MRT Hua Lampong-Laksong Blue Line-Southern Route extension at Wat Mangkorn Station, a mere 5-minute walk or 550 metres from the project, linking the Bangkok side to the Thonburi side.

This has led to the sky-rocketing price of land in the area to Bt1.35 million per square wah – among the highest prices in Bangkok and equivalent to a growth rate of 4 per cent per year. Facilities and amenities surrounding the project include shopping centres such as Klongthom Centre, Klongthom Plaza and Mega Plaza Wang Burapha, and leading hospitals such as Bangkok Central, Hua Chiew and Samitivej Chinatown, as well as educational institutions Depsirin School, Saipanya School and Suan Kularb School. Places of worship especially for the Thai-Chinese population include Wat Mangkorn, Wat Kanikapol and the Por Teck Tueng Foundation. Old classical shops and new lifestyle places that are gaining in popularity such as those on Nana Road are also located here. These have been renovated from old buildings in the area and made into new hangouts for those who favour individuality. They all serve as cultural and entertainment magnets for both Thai and foreign visitors alike. 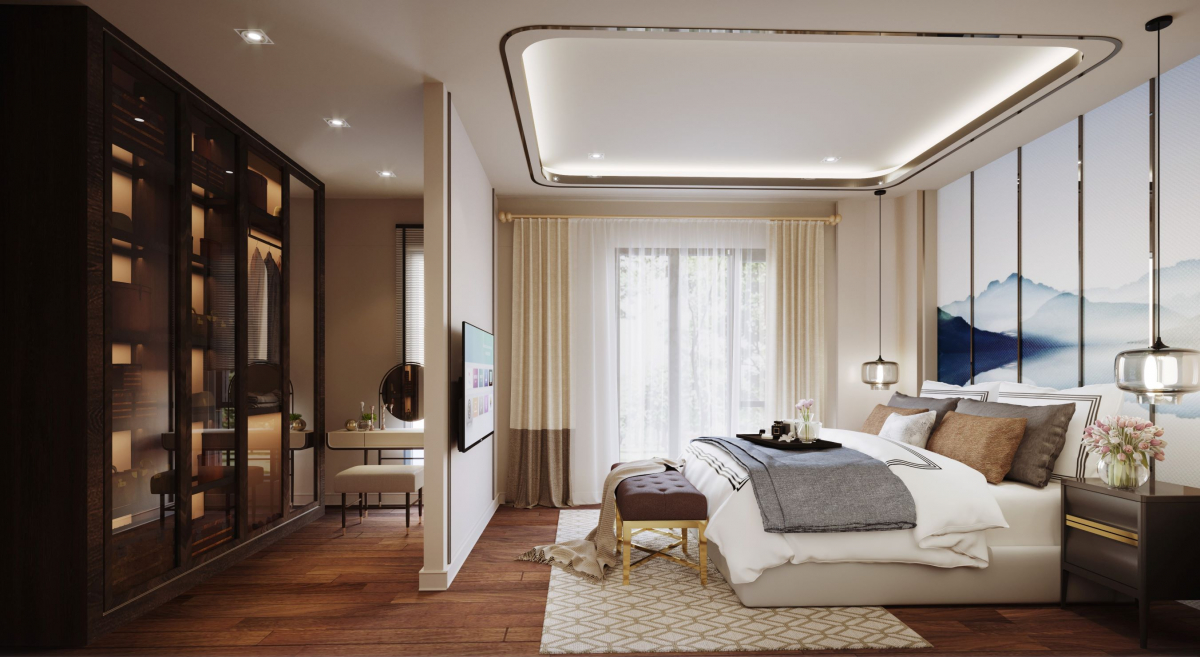 The Tiger Lane project is situated on 0-1-58.5 rai of land on Sai Chao Kamrob Road, in the form of luxurious home offices. The four-storey building has parking for two cars per unit, and usable spaces of 254-400 square metres on 24-50 square wah of land each. The frontage of each unit ranges from 5.5 to 12.3 metres while the ceiling of the ground floor is a lofty 3 metres.

"We hope that Tiger Lane will be another project that fulfills all the needs of the customers in this area. The sale of only five units will take place on August 31 and September 1 at the Tiger Lane project sales gallery. A special privilege for customers is the private consultation with one of Thailand’s feng shui masters who will advise how to decorate homes and offices according to the feng shui principles to enhance business prosperity. We expect to receive enthusiastic response with sales closed before the end of the year and the transfers completed within the timeframe leading to the company meeting its target of Bt2.9 billion sales," Piti said.