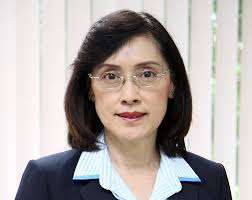 The Comptroller General’s Department of the Finance Ministry has reported that the government's spending of the 2019 fiscal budget as of July 2019 had reached only Bt2.2 trillion or 87.01 per cent of the total Bt2.52 trillion budget for 2019.

The department advisor of fiscal and financial system development, Yanee Sangsrichun, on Wednesday said that from October 1, 2018 through July 31, 2019, Bt2.2 trillion of the Bt2.52 trillion total fiscal budget for the year had been spent – about 87.01 per cent.

This can be separated out to the current expenditures worth Bt1.75 trillion, the investment budget worth Bt441.7 billion, as well as Bt297.02 billion for the budget for overlapping years, said Yanee, who is also spokesperson for the department.

The government has tried to speed up spending of the remaining budget for the remaining two months of the fiscal year, August and September, Yanee added.