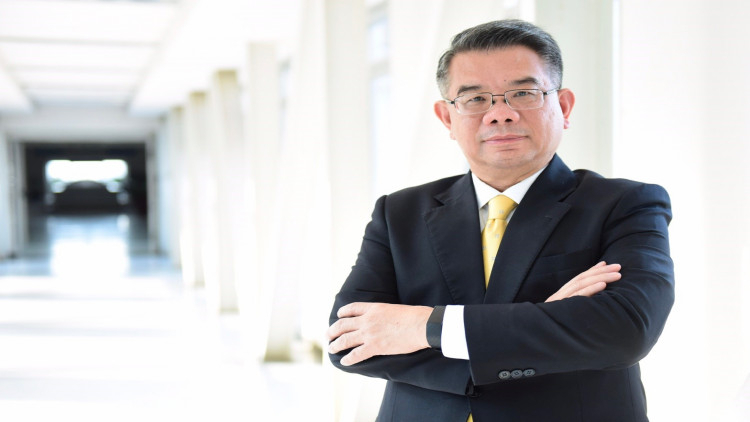 The Department of Foreign Trade on Thursday revealed that the total value of Thailand’s border and cross-border trades reached Bt806.2 billion in the first seven months of this year, up slightly by 1.67 per cent compared to the same period last year.

The department however admitted that it is quite difficult to achieve the full-year result of Bt1.66 trillion targeted earlier as the country faces a host of challenges, especially a global slowdown and the trade war between the United States and China.

Department of Foreign Trade director-general Adul Chotinisakorn said that after seven months, the value of border and cross-border trade was only 50 per cent of the full-year target, so it would be hard to reach the goal set earlier by the department.

“The Bt1.6-trillion full-year target will be quite challenging, but we will try our best to achieve it,” he said.

Adul said Thailand exported Bt446.5 billion worth of goods to its four neighbours – Laos, Cambodia, Myanmar and Malaysia – in the first seven months of this year, a drop of 0.55 per cent compared to the same period last year, while the country imported Bt359.7 billion worth of products from those countries, up 4.56 per cent.

As a result, Thailand achieved a Bt86.8-billion trade surplus in the first seven months, he added.

Of the total exports to the four neighbouring countries, Bt646.28 billion was in border trade, up 0.46 per cent compared to the same seven-month period last year, and Bt159.94 billion in cross-border trade, up 6.85 per cent.

“Malaysia is still Thailand’s number one trading partner, with Bt318.19 billion in border trade in the first seven months of this year, down 2.49 per cent, followed by Myanmar with Bt118.58 billion, Laos Bt116.34 billion, and Cambodia Bt93.15 billion,” he said.

Meanwhile, Thailand’s largest partner in cross-border trade was south China, with a value of Bt73.61 billion, up 40.83 per cent over the same period last year, followed by Vietnam with Bt43.75 billion and Singapore with Bt42.58 billion.

“The negative factors impacting Thailand’s border and cross-border trades are the trade war between the US and China, with any settlement still uncertain, as well as disputes between India and Pakistan, and South Korea and Japan. The risks also include the protests in Hong Kong, Britain’s exit from the European Union, effective from October 31, and the fluctuation of many currencies around the world, especially the baht,” Adul said.