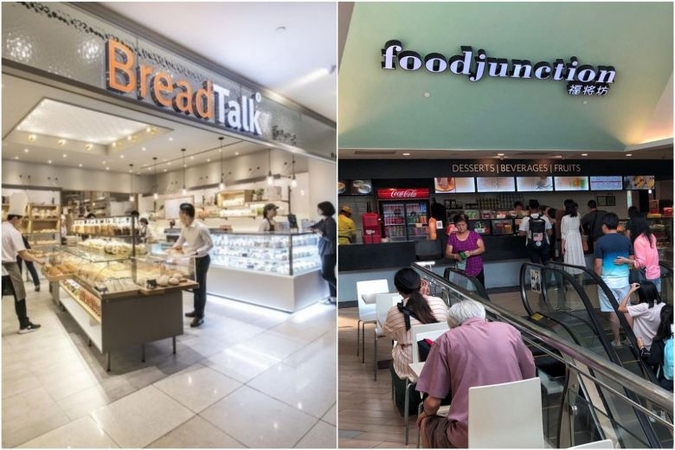 Food and beverage (F&B) player BreadTalk Group is looking to buy the entire stake in Food Junction Management (FJM), which operates food courts and F&B outlets in Singapore and Malaysia, for $80 million in cash.

BreadTalk announced this morning that its wholly owned subsidiary, Topwin Investment Holding, had on August 30 entered into a sale and purchase agreement for the proposed acquisition of FJM from Food Junction Holdings.

The total consideration of $80 million will be paid in cash and funded through BreadTalk's internal resources, including available cash on hand, and debt facilities.

For illustrative purposes only, assuming that a loan of $49.6 million was drawn down on January 1, 2018 to fund the proposed acquisition, and that the transaction had been completed on December 31, 2018, BreadTalk's gearing for fiscal 2018 would have increased to 0.7 times, from 0.25 times before the acquisition.

The consideration amount may be subject to further adjustments to take into account the actual cash, debt and working capital of FJM as at completion of the acquisition.

BreadTalk said the consideration was arrived at after arms’ length negotiations. It took into account factors such as the quality of the assets being acquired, the strategic value of FJM's existing network of food courts and F&B outlets to BreadTalk, the financials of FJM for the year to date, as well as the earnings quality and future potential of FJM.

FJM operates 12 food courts in Singapore and three in Malaysia, with an additional one scheduled to open next year at The Mall, Mid Valley Southkey, in Johor Bahru.

BreadTalk said the proposed acquisition will allow it to obtain additional revenue streams and benefit from the synergies with its existing food court and F&B outlet business through the “streamlining of costs” and sharing of resources.

APGL is 50.3 per cent owned by Lippo China Resources (LCR), which is in turn 74.99 per cent held by Lippo Limited. The remaining 49.7 per cent of APGL is held by tycoon Stephen Riady - the chairman and executive director of Lippo and LCR - and his son-in-law, Andy Adhiwana, through companies owned by each of them. Riady is also executive chairman and controlling shareholder of property developer OUE.

The proposed acquisition is conditional upon, among other things, approval by shareholders of BreadTalk, LCR and Lippo.

BreadTalk has close to 1,000 retail stores across 16 markets with its bakery, restaurant, food atrium and 4orth food concepts. Its portfolio comprises direct-owned brands such as BreadTalk, Toast Box and Food Republic, as well as partner brands such as Din Tai Fung, Nayuki, and Song Fa Bak Kut Teh.