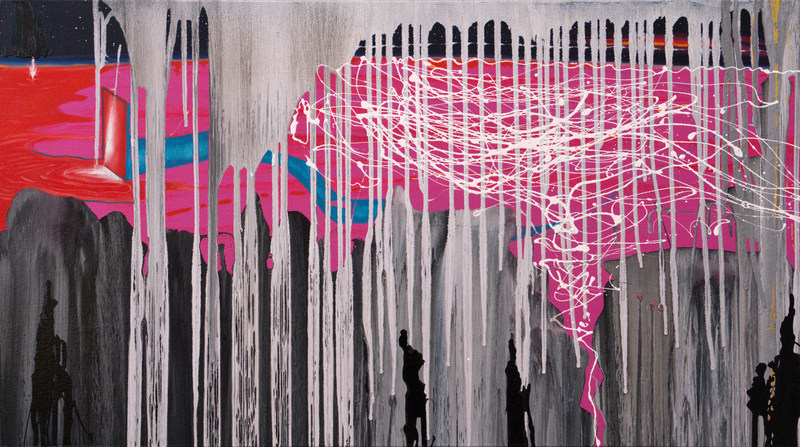 A solo exhibition by artist Phuthip Chantaraksa will be held from today (September 7) to September 21 in Yannawa, Bangkok.

“Imagination Sanctuary” is Phuthip Chantaraksa’s latest series of works in which is framed within art writer, Walter Schurian’s emphatic declaration, “A place of imagination is at the edge of truth”, published in his 2005 book entitled; “Arte Fantastico”.

It passionately discusses the notions of ‘truth’ in art and its various levels of acceptance. In this body of work, Phuthip pursues this notion through his reinterpretation of ‘reality’ via his visual constructs, pushing through the comfort zones of psychological familiarity within the human mind.

If the concept of truth is regarded as a human construct, then what is deemed as truth? Are there social perimeters that dictate truth? In “Imagination Sanctuary”, Phuthip investigates the boundaries of this debate via the mechanics of imagination in artmaking. By extension, the works in this exhibition invite viewers to ponder if ‘truth’ lies within the canvas or in the recesses of the human mind.

Forms in his pictorial plane are at times both familiar and foreign, derived from his immediacy of varied brush stroke techniques, capturing the mental state of his execution. Colour also plays an important role in his artmaking and is employed to depict certain notions of ‘truth’ and in particular, bold and bright colours are utilised to activate the ‘imaginative nerves’ of viewers. These conceptual underpinnings manifest themselves into a stylistic form of semi-abstraction that is unique to Phuthip’s art practice.

Stylistically, Phuthip is much informed by the artistic characteristics of American Abstract Expressionism, and in particular, Jackson Pollock’s canonised action paintings. Phuthip is strongly drawn to the manner in which the works are spontaneously produced and seemingly derived from a point of the unconscious. In tandem, Phuthip is also influenced by the Irish-born figurative painter, Francis Bacon, emotionally charged raw imagery and pursuit of ‘movement’ in painting. Both artists are highly influential in Phuthip’s formative years as an emerging artist developing his own voice.

Hide or report this