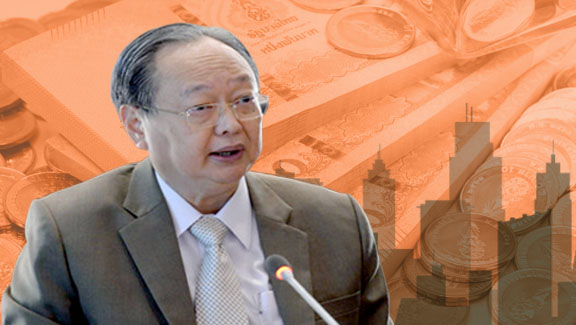 The Energy Ministry will hold a special meeting with The Energy Policy Administrative Committee today (September 17) to discuss the possible impact the drone attacks on two major oil-processing facilities owned by Saudi Arabia’s Aramco may have on living costs in Thailand.

Energy Minister Sontirat Sontijirawong said his ministry has already set up a war room to monitor possible impacts from the attacks. He said Thailand imports 170,000 barrels of oil daily from Saudi Arabia, or just 16 per cent of the total import of 1 million barrels of petrol per day. He added that if Thailand is unable to import petrol from Saudi Arabia, it can turn to other countries.

Thailand's crude oil reserve as of September 16 was 3.366 billion litres and reserves of finished oil was 1.848 billion litres, while that of liquified petroleum gas for household use was 131 million kilograms.

He said initially he will use the Oil Fund to stabilise the retail price, but the final decision will depend on whether Saudi Arabia can resume normal oil production in the next 48 hours.

Chaiwat Kovavisarach, president of petroleum company Bangchak, said the attack does not affect it because it imports petrol from Malaysia. He added that though the attacks may affect the global price of crude oil, it is unlikely to surge too much because there is still a high supply of oil in the market.

According to Kasikorn Research Centre (KResearch), if Saudi Arabia does not launch a serious counterattack, the global crude oil price will only rise for two weeks, which will boost inflation in Thailand during the last four months of the year by 0.05 per cent. Thailand’s average inflation rate will then rise to 0.84 per cent this year.

However, if Saudi Arabia does launch a fierce counterattack, then it may jack up the Brent crude oil price to between $70 and $80 per barrel for the rest of the year, which will raise Thailand’s average inflation rate this year to 1.08 per cent.