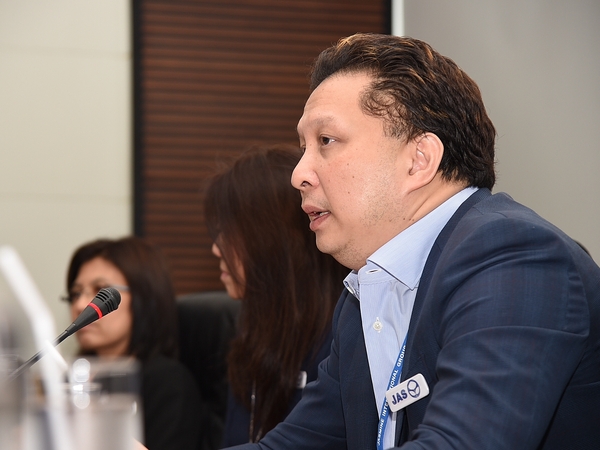 Pete Bodharamik, director and chief executive of telecom firm Jasmine International (Jas) has tendered his resignation from the two posts, following the Securities and Exchange Commission (SEC) imposition of a civil sanction on him and another individual for alleged insider trading related to the SET-listed Jasmine Telecom Systems (JTS).

Jas filed a notice with the Stock Exchange of Thailand otoday (September 17) saying that Jas has not as yet received any letter from the SEC demanding that Pete vacate the positions but adding that it had in its possession his resignation letter. This states that he has not yet received details on this matter from the SEC but as he wished to adhere to the good corporate governance principle, he had tendered his resignation from the positions effective September 17.

The company is calling an urgent board of directors meeting to consider appointments to fill the vacant posts. Jas does not believe this matter will have any negative effects on the financial status and operating results of the company and its subsidiaries or the implementation of its business plan.

On Monday, the SEC disclosed that based on the SET notification and its own investigation, Pete and Krikrai Traibanyatkul used the Krikrai securities account to buy JTS shares between September 29 and October 12, 2016. This was before JTS’s announcement of its third quarter 2016 financial performance, which showed a net profit, a turnaround from the continued losses since 2014.

The profit was attributed by JTS to hiring by Triple T Broadband (TTTBB), of which Pete sits as chairman.

As of March this year, Jas owned 32.80 shares of JTS. Jas also owns 99 per cent shares of TTTBB through Acumen.

The SEC imposed a civil sanction against both Pete and Krikrai and asked them to pay a civil fine.

The SEC also stated that that as a result of the civil sanction, Pete will be deemed to lack trustworthiness and is thus disqualified from hold any executive positions in a listed company.