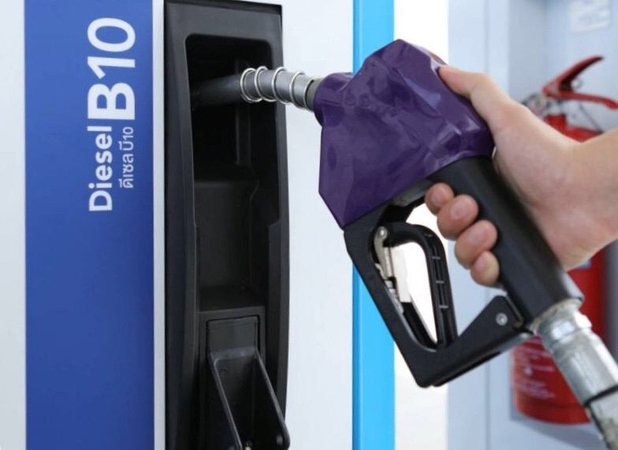 Cheaper biodiesel will be available next month at some petrol stations.

The Energy Ministry plans to launch biodiesel B10, made up of 90 per cent diesel and 10 per cent palm oil.

It will be Bt2 cheaper per litre than the current Bt7 per litre, said Somboon Norkaew, deputy permanent secretary at the Energy Ministry.

Of the 100 palm oil refineries, nine have met the palm oil standards required for it to be mixed with diesel, he said.

Four other manufacturers are upgrading their production process and are expected to be able to meet the criterion by the end of this year.

Palm oil producers are required to reduce monoglyceride to be less than 0.4 per cent from the current 0.7 per cent. Meanwhile, diesel refinery plants must reduce water content to less than 200 parts per million (ppm) from the current level of 300ppm. The standard is set by Japanese automobile manufacturers.

He said he will soon consult with palm oil producers in preparation for the B10 launch nationwide in January. It will be available at some gas stations starting from October this year, he said.

Auttapol Rerkpiboon, chairman of the PTT Oil and Retail Business (PTTOR), said that the B10 oil would be available nationwide by January next year. Currently it is available at 100 out of its total 1,800 petrol stations. By the end of this year, about 150 petrol stations would provide B10 to customers. The PTTOR currently also sells B20 at 500 petrol stations, he said.

Currently, B10 is Bt1 cheaper per litre than B7, he said.

Chairit Simaroj, managing director at Susco Public Company Limited said B10 will be available in January and the company will stop selling B7. Currently, the company also sells B20 at 105 petrol stations.

“My concern is the high cost of production of palm oil because the government guarantees fresh palm at Bt4 per kilogram, but if the government could make B10 cheaper than B7, by Bt2 per litre, then it would encourage consumption,” he added.