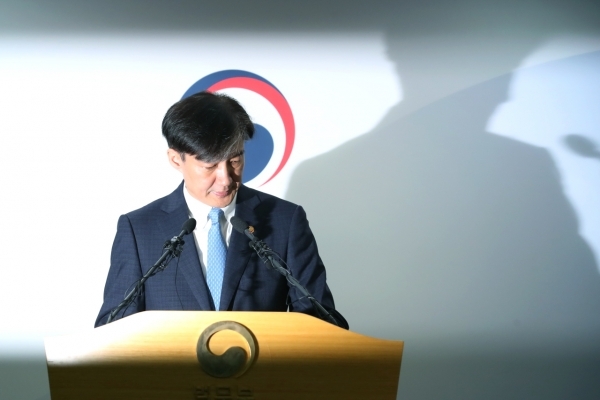 Cho said in a statement that while “prosecution reform had been (his) life’s mission as a scholar,” “something inconceivable has happened,” and that his role was over.

Cho’s wife Chung Kyung-shim was summoned for questioning by prosecutors for the fifth time Monday morning.

The parliamentary audit of the Justice Ministry was slated for Tuesday.

Cho had served as President Moon Jae-in’s senior secretary for civil affairs since his inauguration. He was appointed as minister of justice on Sept. 9.