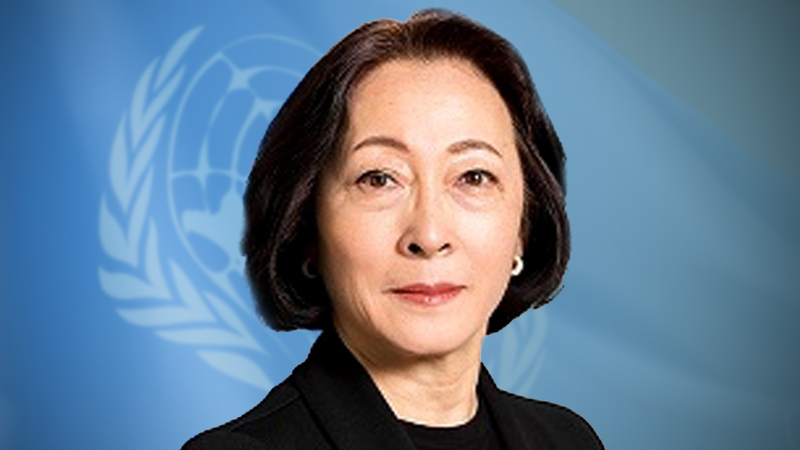 From family-run micro-ventures to giant multinationals, companies are often hard hit by disasters, which can erode their bottom line or force them out of business altogether.

But while companies have much to lose, they have a huge amount to offer, so it is vital that we better engage the private sector if we are to reduce disaster risk and ensure our fast-growing cities become resilient.

To make progress on the targets of the Sendai Framework for Disaster Risk Reduction to reduce economic losses and damage to critical infrastructure and disruption of basic services, we need the private and public sectors to work together.

And as climate change ramps up the intensity and impact of devastating extreme-weather events, from hurricanes to floods and droughts, the pressure is on.

Every year, US$520 billion is lost globally as a result of disasters, and for some low-income countries, disasters can cost up to 100 per cent of gross domestic product (GDP). Countries take years to recover.

The British Virgin Islands and Dominica were the worst affected by the 2017 hurricane season, with losses estimated at 148 and 110 per cent of GDP, respectively.

When it comes to overall investment, up to 85 per cent comes from the private sector, which means companies automatically play a major role in how new risk is created and avoided, particularly in hazard-exposed urban areas.

Governments alone could never meet the eyewatering $90-trillion infrastructure investment the Global Commission on the Economy and Climate says is needed by 2040, so we need to make sure private sector investment is risk-informed and resilient.

At the same time, we need to ensure that infrastructure projects do not exacerbate existing, or even create new risk.

At the United Nations Office for Disaster Risk Reduction, we are actively working with the private sector since the creation in 2015 of “ARISE – The Private Sector Alliance for Disaster Resilient Societies” – which is rapidly growing and forming new networks around the world.

From India to the United States and Mexico, ARISE member-businesses are practically working to incentivise investment in long-term risk-reduction and resilience and build back better if, and when, disasters do hit.

How the private sector can help build “Resilience for All” was the main topic of the recent ARISE Mexico Forum, at which executives, disaster risk and civil protection experts from the Americas discussed how to reduce disaster impact.

Mexico is the most disaster-exposed country in Latin America. More than 150 companies, including cement giant Cemex, delivery firm UPS and insurer AXA, have so far signed up to the country’s network.

Benjamin Laniado, a member of ARISE Mexico and founder of Cadena, a non-profit civil association dedicated to preparedness and assistance during emergencies and disasters around the world, says the biggest companies in the country are taking risk reduction seriously in order to protect their supply chains and facilities, as well as their workers and communities.

For organisations like Cadena, this financing was crucial to its work after the September 2017 earthquakes, when its teams pulled people from the rubble, put up 4,000 emergency shelters and helped rebuild devastated communities.

But in Mexico, as in many countries, we still need to find more creative ways to engage the thousands of smaller companies that do not think they have the money or need to invest in protecting their businesses and employees.

While we believe it is crucial to invest in low-risk infrastructure, resilient homes and communities, we also need to find affordable ways to use the financial markets to insure and protect these investments against future disasters.

Mexico has established Catastrophe Bonds that transfer risk to the capital markets. The Caribbean Risk Insurance Facility is the first parametric regional scheme to allow countries to pool their premiums.

Ensuring our future cities are risk-informed and resilient might seem costly, but the cost of doing nothing is far greater. Let us work together across the private and public sectors, combine experience and resources and reduce disaster risk. Businesses and communities will see the benefit.