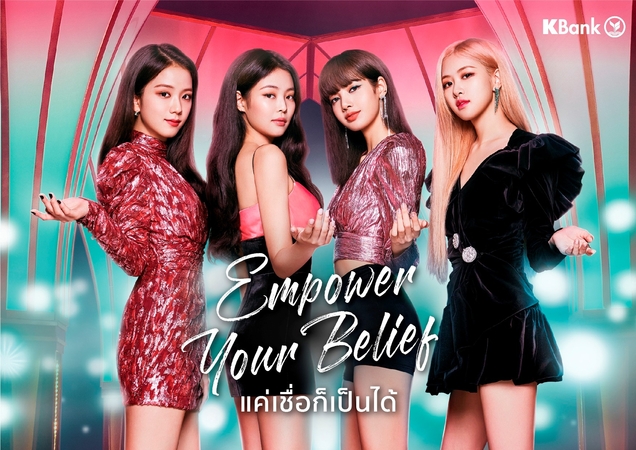 Kasikornbank is setting out to draw in the young generation by partnering with South Korean girl group Blackpink.

The new project, dubbed KBankxBLACKPINK, is aiming to broaden its reach among new generation customers and to advance its concept of "#KBank Empowers Your Belief”.

The first part will see the launch on November 21 of KBankxBLACKPINK Collection debit cards. Up to 1 million cards could be distributed under the project.

“In this digital era, the new generation aged between 15 and 25, who number more than 10 million, is technologically savvy and has grown up in the period of transformation towards the new economy. KBank sees this group as potential customers who fully embrace the new possibilities of the digital era,” said the bank’s president Kattiya Indaravijaya, adding that the K-pop idols have distinctive characteristics that match the “KBank Empowers Your Belief “concept. “They are the new generation who set forth with self-confidence, determination and dedication to prove their ability to succeed in line with their aspirations,” she says.

Applications for the debit card can be placed from November 21, 2019, at every KBank branch or through K PLUS mobile banking application.