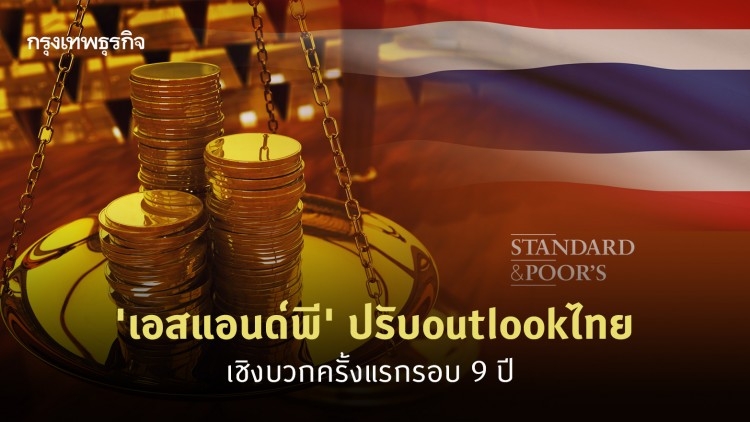 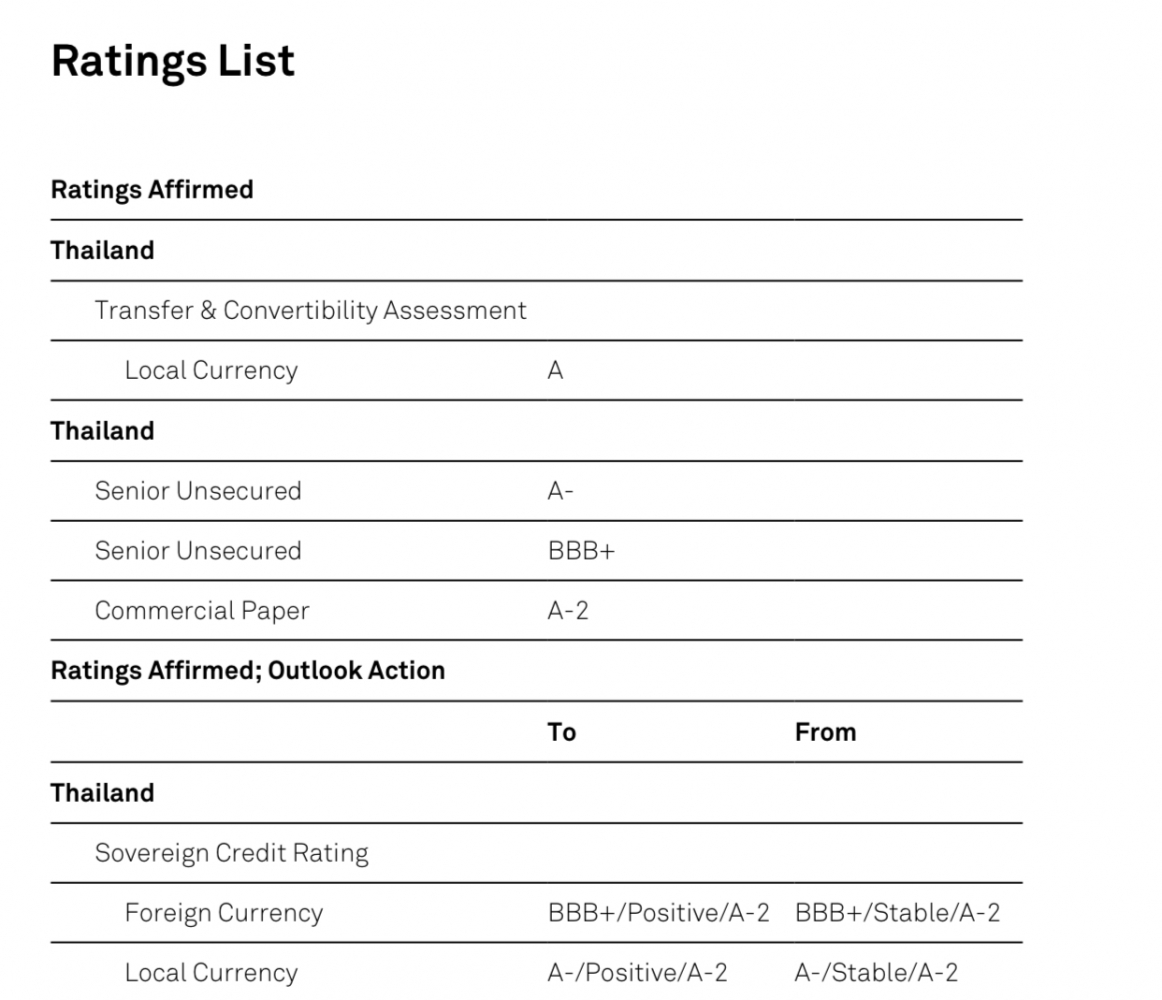 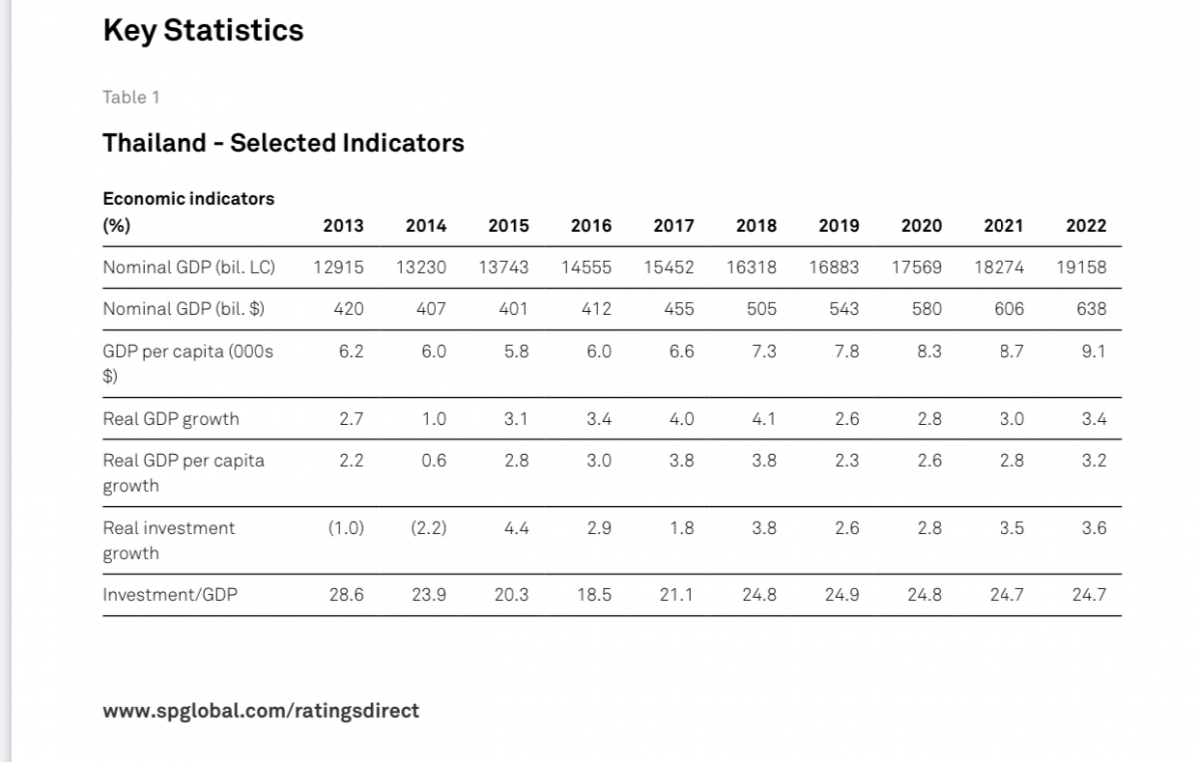 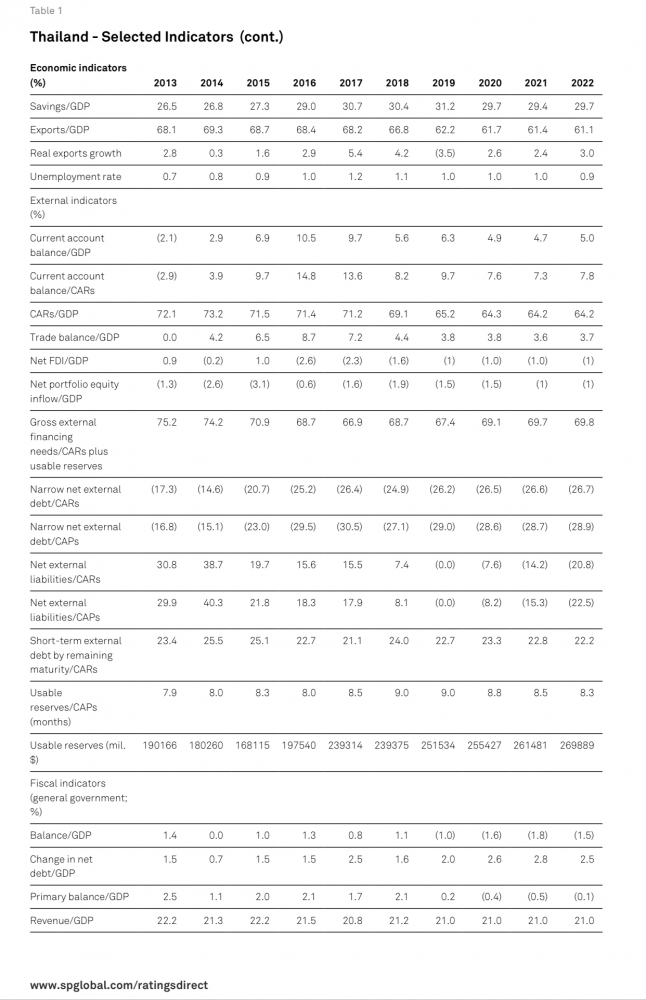 Its transfer and convertibility assessment remains 'A'.

The positive outlook reflects its assessment that political uncertainty in Thailand has begun to ease with the return of an elected government.

With progress in implementing national reforms and strategy plans, it believes policy continuity and political stability will improve.

It may raise the rating over the next 24 months if there are clearer signs the key political players are committed to the current political framework and that abrupt and unexpected political changes become unlikely.

In this scenario, it expects the government will continue to implement key reforms and strategies according to national plans, despite the complexities of operating in a multiparty parliamentary democracy.

It could revise the outlook to stable if pressure on the current political process builds substantially, resulting in increasing social tensions and uncertainty that raise the likelihood of abrupt political changes.

In addition, if growth is persistently weaker than what it has currently forecast, it could also revise the outlook to stable.