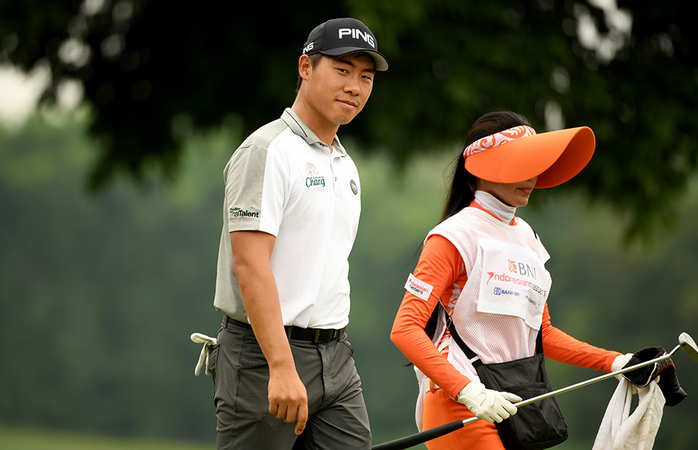 Jakarta - Thai hot shot Gunn Charoenkul carded a bogey-free 65 to trail Australian Josh Younger by two strokes after the halfway stage at the US$750,000 BNI Indonesian Masters supported by Bank BRI and MedcoEnergi on Friday. 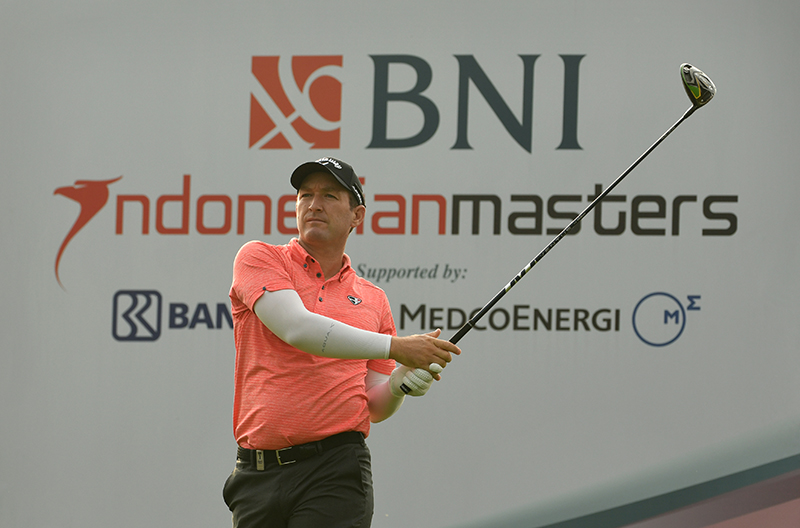 Gunn, who just rounded off a commendable season on the Japan Golf Tour last week, started with three straight birdies and went on to produce four more before he landed his error-free round on 133.

“I would say I played pretty good for someone who didn't have any sleep so far, I just arrived in Jakarta yesterday morning at five o’clock,” Gunn who has spent most of his season competing on the Japan Tour.

“What was strange is, I've been putting really good, which is strange. I mean, maybe it's a lack of sleep I guess, because normally I don't putt this good,” he added.

“I've been learning a lot while spending my time in Japan and then kind of figured out what I need to do with my game. Earlier in the year I was in the States just traveling, learning different stuff, finding new things and then try to apply it. Like I said before, what works for me. And somehow, I think I kind of figured out what direction I should be going in,” said Gunn whose best run on the Asian Tour was a second place finish in the 2016 Queen’s Cup.

Australian Younger maintained his hot streak to sign for a blemish-free seven-under-par 65 to grab the lead.

Younger, who claimed his first victory in his 10 years as a professional two weeks ago, returned with another flawless round highlighted by seven birdies to cap a two-day total of 13-under-par 131 at the highly acclaimed Royale Jakarta Golf Club.

Alex Cejka of Germany registered a 66 to settle three shots off the pace in fourth while American Sihwan Kim, Thai star Prom Meesawat and India’s Shiv Kapur shared fifth place on matching 135s following rounds of 66, 68 and 65 in the popular event, which forms the third leg of the 2019/20 Panasonic Swing.

Joshua Andrew Wirawan emerged as the highest-ranked Indonesian after he signed for a 66 to tie in 12th place on 137. Wirawan is one of the five local prospects, including amateur Naraajie Emerald Ramadhanputra, to make the halfway cut set at one-under-par 143.

After opening his title defence with a 73, Thailand’s Poom Saksansin bounced back with a 68 to move to tied-39th place while countryman and 2019 Order of Merit champion Jazz Janewattananond settled seven shots off the lead in tied-14th place following a 70.

A total of 68 players, ranked into top-65 and ties after 36 holes, progressed into the weekend rounds of the BNI Indonesian Masters, which is celebrating its ninth straight edition on the Asian Tour.

By being the flagship event of the Asian Tour, the BNI Indonesian Masters will award the winner with 20 Official World Golf Ranking (OWGR) points, ensuring more players benefit from the points breakdown.

The winner of the 2019 BNI Indonesian Masters will again receive a coveted spot in the World Golf Championships – FedEx St. Jude Invitational in 2020.