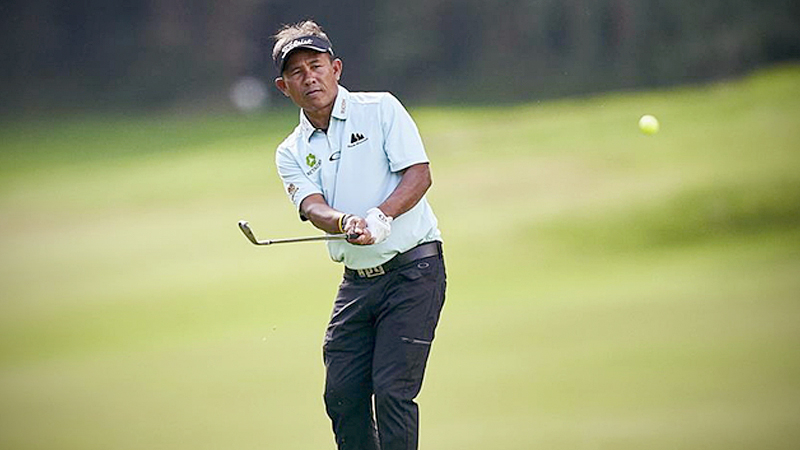 Golf legend Thongchai Jaidee is looking forward to more local talent playing in the Thailand Masters. The season-ending fixture of the 2019 Asian Tour will get underway at the Phoenix Gold Golf and Country Club on Thursday.

The US$500,000 event is promoted by the Jaidee Foundation, overseen by Thongchai.

While feeling proud of how the new generation of Thai golfers have put the country on the world map, the three-time Asian Tour Order of Merit champion is also aiming to help under-privileged golfers in his hometown of Lopburi and pave the way for aspiring talent to follow in his footsteps.

“Promoting this event has kept me very busy but it’s also fun. We have a very good field this week and I’m really enjoying myself. I’ve always wanted to give back to the sport in Thailand and this is one of the ways I’m making my contribution,” said Thongchai who just earned full exempt status on the PGA TOUR Champions after finishing second at the Qualifying Tournament final stage last week.

Although he is not playing in the Thailand Masters this week, the 50-year-old is still a star attraction with fans, players and sponsors.

"I really want to congratulate Jazz Janewattananond for winning the Asian Tour Order of Merit and breaking into the world top-50 . I’m very proud each time I see these young boys winning a tournament. They are the future of golf for Thailand. I try to promote and stage the event as a major contest so that everyone can get a feel of what it’s like to be playing against the good players,” the three-time Asian Tour No 1 Thongchai said.

Green, who is playing in his last event of the year, is delighted to have his younger brother, Galven with him in the field this week.

The 2017 Asian Tour Order of Merit champion is also using the Thailand Masters to reassess his game as he hopes to mount a strong start when the new season gets underway next year.

Colsaerts returns to Thailand after three years and is ready to enjoy the year-end festive vibes in the company of close friends, including Thongchai.

Meanwhile, Colsaerts returned to his winning ways when he ended his seven-year title drought with his win in France in October.