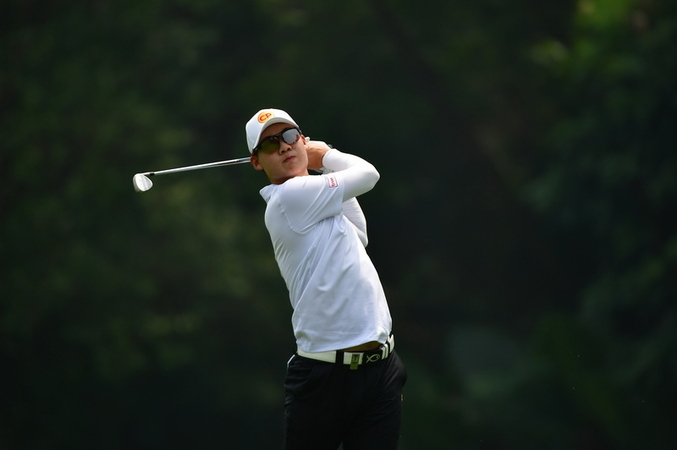 By THE NATION
Pattaya

Thailand’s Jazz Janewattananond paid tributes to the Kingdom's golfing legend Thongchai Jaidee for playing an instrumental role in his success as he prepares to tee off in his last event of 2019 at the Thailand Masters which starts on Thursday (December 19).

Jazz has enjoyed a sensational season, kicking off the year with a win in Singapore followed by two more significant victories in South Korea and Indonesia last week.

The 24-year-old deservedly sealed the Order of Merit crown, as no one can catch up with him on the money list even with three events left to play at the start of this month.

“It’s an honour to hear such compliments from Thongchai. He has helped many Thai golfers to get to where they are now. He has single-handedly placed Thailand on the world golf map and that has been a great inspiration not only for me but for other Thai golfers, too. It’s reassuring for us as whenever we go out there to compete, because we know that someone like Thongchai has already done that and we can also do it,” said Jazz, who had triumphed on this course last year.

“It was an honour to win the flagship event on the Asian Tour [last week in Indonesia]. It has been a very good year and this will be my last event for 2019. Now that I’ve broken into the top-50 in the world, I want to break into the top-40. It’s going to get harder but I just want to set realistic goals for myself,” added the country’s No 1 player.

Just like how he started the year, the Thai is looking for one last hurrah at the Phoenix Gold Golf and Country Club before he takes a well-deserved break.

Compatriot Gunn Charoenkul, who watched in awe as Jazz outclassed him in Jakarta last week, believes a switch in his outlook towards his game and life has led to a very consistent year for him in 2019 as he looks towards closing his season on a high note.

“I did not expect to have such a consistent season at the start of the year. Surprisingly, I played really well and just rode on the good form and consistencies. Playing against Jazz last week in Indonesia, I now know where I need to improve on and get to the same level as he is right now,” added Gunn, who finished second behind Jazz in the Indonesian Masters on Sunday.

Belgium’s Thomas Detry, who is one of the invited star players for this week, is also seeking a grandstand finish after missing out on his chance to win in two of his last three events.