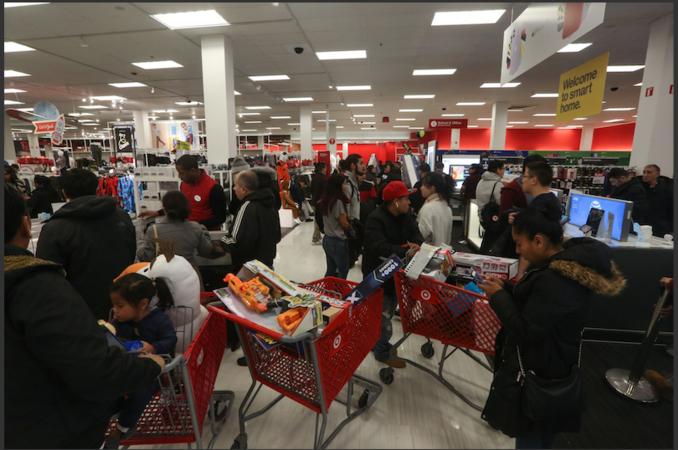 The United States added 145,000 jobs in December as the unemployment rate remained at 3.5%, offering the latest snapshot of a tight labor market going into a new decade and election year.

Friday's report from the Department of Labor showed gains in retail and health care, while mining jobs slipped. Manufacturing jobs, which analysts have been closely monitoring during Trump's protracted trade war, changed little in December.

At the peak of the holiday season, retail added 41,000 jobs despite continued waves of store closures. Just in the past week, Pier 1 Imports said it would close up to 450 stores after a 13% drop in quarterly sales, and Macy's said it would close 29 stores within weeks.

Average hourly earnings rose by a mere 0.1% in December, meaning over the past year, wage growth is at 2.9%.

Economists say wages are not growing as fast as they should be, especially for those who aren't seeing a boost from state and local minimum wage increases. Many businesses are still pulling back on investment and say Trump's truce with China does little to assuage their anxiety. Plus, Democratic leaders and presidential hopefuls caution that Trump's economic and trade agenda could eventually stymie the growth.

Diane Swonk, chief economist for the accounting firm Grant Thornton, said the disappointing wage growth reflects "an economy where you can get a job, but it's harder to get a raise." Swonk said it's possible wage growth figures for the start of 2020 could be ever harsher because wages for 2019 peaked in February.

Analysts were also concerned about transportation and warehousing, with transportation in particular affected by the economy's manufacturing slowdown. But those numbers didn't change all that much.

Average monthly jobs gains for all of last year were 176,000, compared to 223,000 in 2018. But Mark Hamrick, senior economic analyst for Bankrate, said the decrease shouldn't come as a surprise and that December's figures didn't reveal "anything that rocked our world."

"Expansions don't last forever, and this one probably is getting a little long toothed, but it's not on life support," Hamrick said.

Analysts predicted around 150,000 new jobs for the month and forecast a steady unemployment rate of 3.5%. Those estimates were significantly less than the 256,000 jobs added in November, although those figures also accounted for thousands of General Motors workers who returned to the workforce after a lengthy strike.

The jobs figures come as President Trump touts the economy's strength as one of his administration's top achievements. In 2019, the unemployment rate in particular hit lows not seen 50 years. The Dow Jones industrial average has gained about 45% since Trump took office, and fears of a recession have largely faded. The Federal Reserve cut interest rates three times last year, helping to sustain an 11-year-old economic expansion. And last month, the United States and China reached a "phase one" trade deal that is set to be signed on Jan. 15.