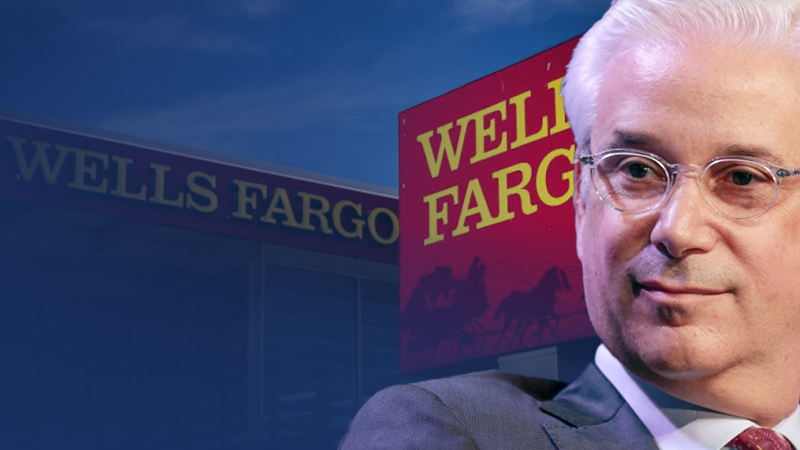 Wells Fargo's new CEO, Charles Scharf, has one of the hardest jobs in banking. It's gotten off to a rough start.

After three months in the position, Scharf made his debut before Wall Street analysts Tuesday to report another disappointing quarter for the bank. During the fourth quarter, its profit fell 50% to $2.9 billion compared with the same period a year ago. For all of 2019, profits fell to $20 billion compared with $22 billion in 2018. Revenue fell 5% during the quarter and 1.5% for the year.

"Our results are not as strong as we aspire to," Scharf said told analysts during a more than hour-long call.

Scharf said he had spent "almost all of [his] time," so far, addressing the regulatory headaches that have dogged Wells Fargo since it admitted opening millions of accounts that customers didn't want. The bank had made "terrible mistakes," he said, adding, "I don't have all the answers yet."

The company took a $1.5 billion charge during the quarter for legal costs associated with the scandals, helping drag down financial results, which were also hurt by low interest rates.

The company's stock fell 4% as Scharf spoke to about $50 a share.

Once the country's largest and most profitable bank, Wells Fargo is now falling behind some of its competitors. JPMorgan Chase on Tuesday reported that its net income jumped 21% to $8.5 billion for fourth quarter and 12% to $36 billion for the year -- a record. Citigroup's revenue and profits jumped 7% and 15% respectively during its most recent quarter.

Meanwhile, Wells Fargo is still struggling to overcome the backlash from a series of consumer abuses - from opening millions of fraudulent accounts on behalf of its customers without their consent to mistakenly foreclosing on hundreds of clients and repossessing the cars of thousands of others.

The bank has already paid billions in fines and settlements, and overhauled its board and management but still failed to win over its critics. Most recently, Rep. Katie Porter, D-Calif., a vocal industry critic, has accused Wells Fargo of attempting to pass on the costs associated with its scandals to third parties. And Rep. Maxine Waters, D-Calif., chair of the House Financial Services Committee, told Politico recently she would pay "special attention" to the bank this year and may have its board of directors come testify before Congress.

"Wells Fargo continues to claim that the bank is working to restore consumer confidence and do better, after years of major scandals. But I haven't seen any evidence of a shift in the bank's predatory tactics," Porter said in a Twitter post last week.

Scharf came to the job with deep financial industry connections, including serving as chief executive of Bank of New York Mellon and Visa, but some analysts have questioned how long it would take him to master the complexities of a bank with nearly $2 trillion in assets, more than 200,000 employees and operations across the country, while facing growing competition from Silicon Valley and criticism from Capitol Hill.

"Wells Fargo has been in Washington's policy crosshairs for longer than just about any other financial firm," Jaret Seiberg, an analyst with Cowen's Washington Research Group, said in a research note. "As soon as it appears to move beyond one controversy, another one seems to erupt."

During the call Tuesday, Scharf acknowledged that turning around the bank would be a lengthy process. "I'm not sure that any of these public issues will be closed this year," he said.

Analysts have said of Scharf's biggest challenges will be convincing the Federal Reserve to lift a cap it put on the company's growth in 2018. But Scharf said the company's challenges are much bigger.

"Our regulators are clear, direct, tough, but fair," he said. But "we have 12 public enforcement actions that require significant resource commitment."

Scharf has already made some changes. He named former Obama administration chief of staff Bill Daley as vice chairman of public affairs. Scott Powell, the former chief executive of Santander Holdings USA, was named chief operating officer with a focus on addressing the bank's regulatory issues.

The bank is also reviewing all of its business lines and looking to lower costs, Scharf said.

"While there is much to do and I know the path to success will be bumpy, I'm optimistic about our future," he said.